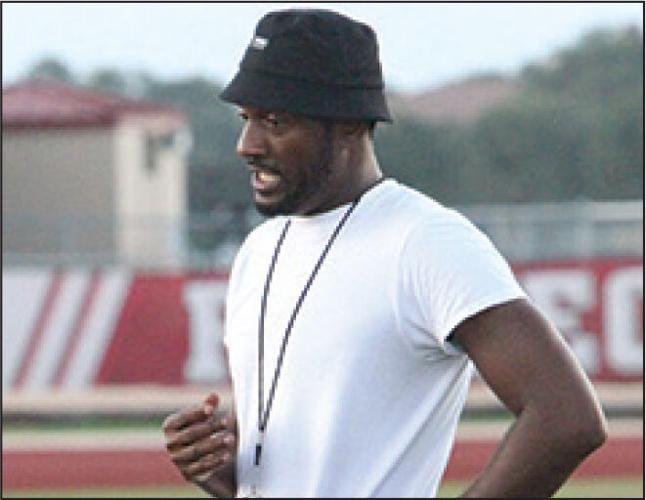 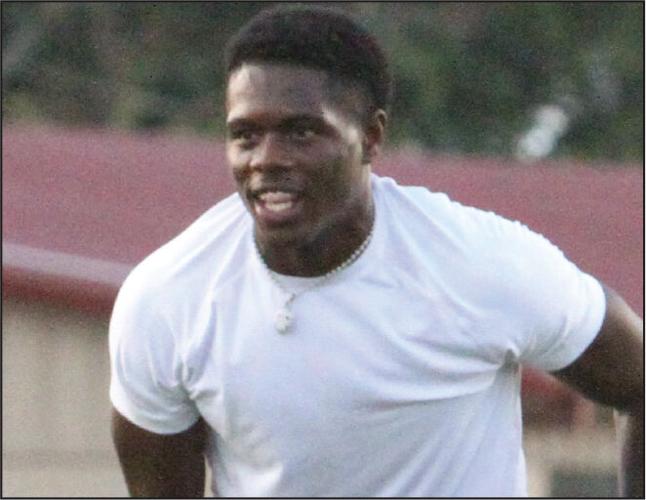 Rueben Owens Sr. stands by his son Rueben Owens II as they foster football and sportsmanship for Bantam youth players.

As a teen, with college football on the horizon, Owens could be doing literally anything in his final few months in El Campo, but he’s choosing to give a group of youth league football players an experience they’ll remember for a long time.

“It’s fun. They don’t even really talk about football. They talk about a lot of different stuff, they’re funny,” Owens said with a smile.

When Owens is at practice he works with the offense helping them learn the plays they’ll run on gameday. When the football players start working on defense the senior shifts over to a scout team quarterback. The defensive players chase Owens all over the field, which resembles more conditioning than actual skill building. However, fun nonetheless as the kids share laughs and smiles while they try and get a hand on him.

“My son looks up to him,” Alonzo Mendoza II said of Owens II coaching his son who is also a running back in Alonzo Mendoza III. “He just wants to be like (Owens) and he’s trying his hardest.”

When it comes to gamedays, Owens holds his binder of plays closing as he tries to find the right calls that will move the ball and score touchdowns.

On the sidelines, Owens will give the player next to him the call, as they run onto the field to share the play as they try and execute his vision. During a game against Industrial last month, Owens noticed a mismatch and called passing plays, scoring one touchdown and nearly a couple more.

Making his time with the Bantam team even more special, Owens is sharing the sidelines with his father, Rueben Owens Sr. The two have not coached a team together and this is the first time the two shared a sideline since Owens played youth league football himself - outside of 7on7 games.

“It’s his last ride and I’m blessed, this a great opportunity to be out here coaching with my son,” Owens Sr. said.

For the Ricebird senior, with his dad by his side, he gets to pass down lessons and other knowledge he learned when he played youth football.

“It’s nice, he’s been coaching me since I was little,” Owens II said. “I’m out here coaching and teaching the same things that I learned from him.”

Owens is enjoying his time coaching the youngsters and is hoping he and his dad will be able to lead the Bantam to the youth league Super Bowl following the end of the regular season. The Bantam team has a bye this week and will return to the field next Saturday on the road against Ganado.