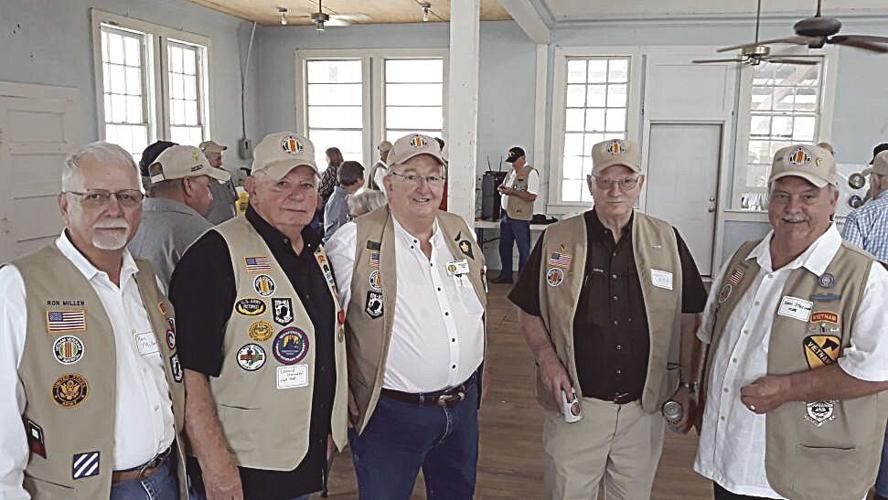 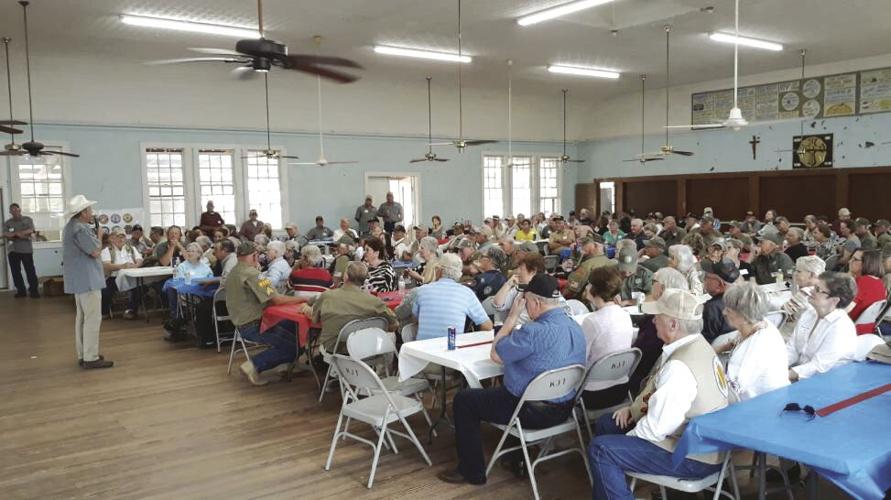 Fayette County Judge Joe Weber speaks to a crowd of Vietnam Veterans and spouses at the celebration of National Vietnam War Veterans Day, which was signed into law in 2017 by then-President Donald Trump, marking March 29th as the day to honor the service and sacrifices of all Vietnam Veterans.

Fayette County Judge Joe Weber speaks to a crowd of Vietnam Veterans and spouses at the celebration of National Vietnam War Veterans Day, which was signed into law in 2017 by then-President Donald Trump, marking March 29th as the day to honor the service and sacrifices of all Vietnam Veterans.

March 29 was a special day for El Campo Vietnam Veterans and four other area groups. For the first time, members from five local chapters of the Vietnam Veterans of America (VVA) gathered to celebrate National Vietnam War Veteran’s Day. The original idea began two years ago, but the celebration was delayed because of covid. The event was hosted by VVA Chapter 870 of Schulenburg and was held in Ammannsville.

Five years ago, then-President Donald Trump signed into law the Vietnam War Veterans Recognition Act of 2017, designating every March 29 the day to honor the service and sacrifices of Vietnam War veterans. That particular day was chosen since March 29, 1973 was the day the last U.S. combat troops departed Vietnam. During the war, more than 2,700,000 servicemembers were part of the U.S. effort, and over 58,000 lost their lives. Today, there are still more than 1,200 military service members missing in Vietnam.

In addition to El Campo, the other VVA chapters who attended traveled from Hallettsville, Columbus, Victoria, and Schulenburg. Approximately 200 members and spouses attended the afternoon event, where guests enjoyed socializing, a catered meal, bucket raffle, and listened to an enlightening speech from Fayette County Judge Joe Weber, who is also a VVA member and retired Marine Lieutenant General.

Past local VVA President Leonard Sternadel, who now lives in La Grange, said the event was long overdue. “We started talking about some sort of event soon after Trump signed the day into law, but the planning was slow,” he said. “Then when we had plans, covid hit, so that held us up two years.”

In the hall, a bulletin board was set up for members to add their name, date, military unit, and location of time spent in Vietnam, in an effort to reunite veterans who might have unknowingly served together, or served in the same location at different times. In one instance, members from four different towns learned that they served in the same military unit, but at different times. “That idea came from our chapter member Bob Supak,” Sternadel said, “and it was great. Vietnam Veterans have a special camaraderie among themselves, and this enabled some guys to meet complete strangers who shared something in common with them.”

All attendees enjoyed the afternoon and made comments about future gatherings. “We’re talking about making this an annual event,” Sternadel said. Raffle organizers would like to thank McCoy’s Building Supply, Weikel’s Bakery of La Grange, and Whataburger for their support.