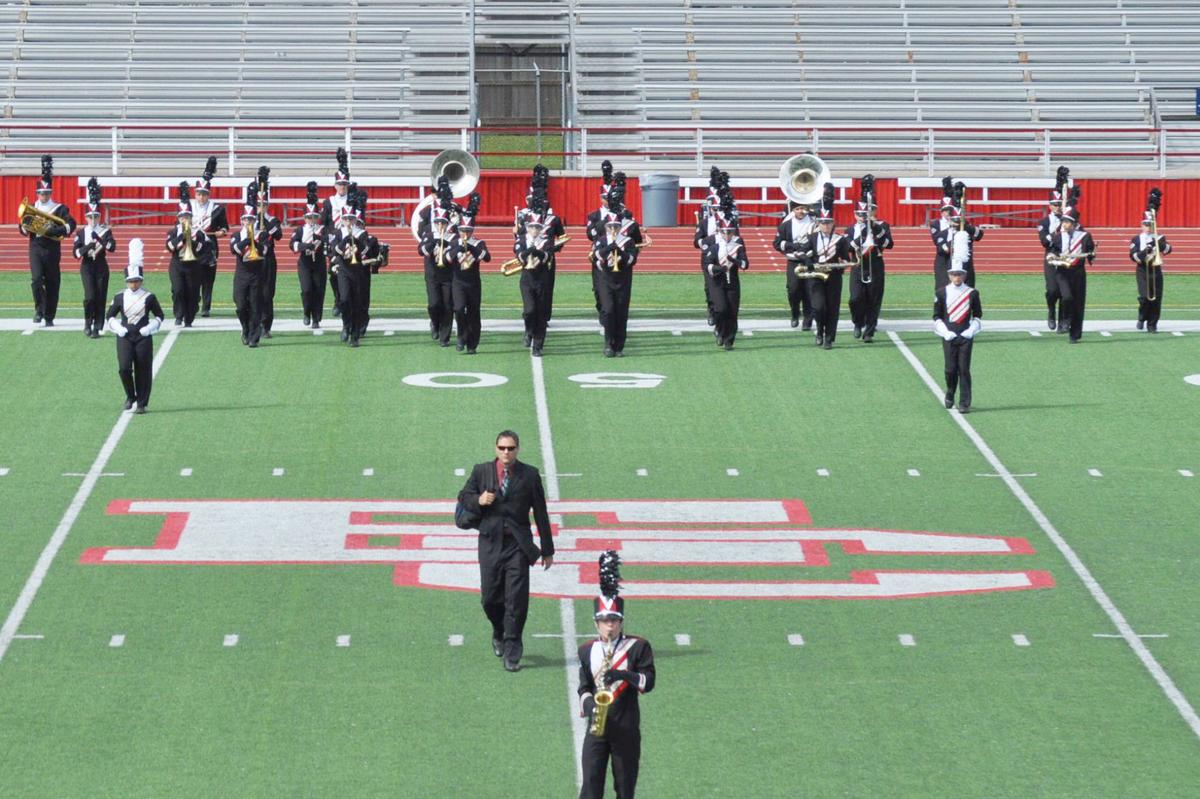 Rolando Cantu says the above photo of him walking across the 50-year line at Ricebird Stadium was taken in 2015 when he was director at Brazos High School and they were in El Campo for a UIL band marching competition. He says it is ironic that he will be taking the field now as the new band director for ECISD. 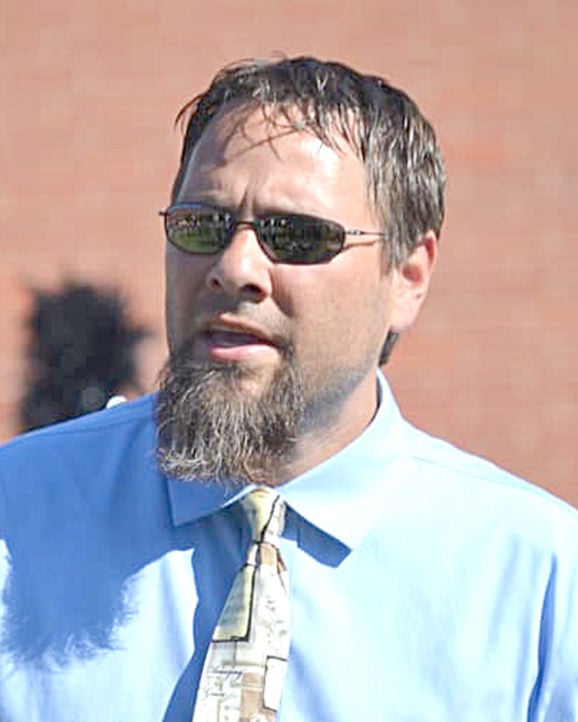 Rolando Cantu says the above photo of him walking across the 50-year line at Ricebird Stadium was taken in 2015 when he was director at Brazos High School and they were in El Campo for a UIL band marching competition. He says it is ironic that he will be taking the field now as the new band director for ECISD.

After more than two decades under the leadership of Mark Van Gorp, El Campo High School’s Ricebird Marching Band will be directed by Rolando Cantu. Van Gorp was with ECISD for 25 years and had a total of 30 years experience in education.

“Mr. Van Gorp and I have always been close, and I really liked what was going on in El Campo, and knowing Mr. Van Gorp is still going to be around helps the transition between a new band director,” Cantu said. “I know there’s a lot of potential here. I want to see if the band director team and I can tap into it.”

Cantu, who is a graduate of Henrietta M. King High School and Southwest Texas State University in San Marcos, comes from the Sealy school district with a plan to bring new challenges for ECHS student musicians while also embracing previous traditions.

“I am looking for the new challenges of taking over a program that has been under the same leadership for over 20 years, and mold it into my vision,” he said. “I can’t wait to work with the students, parents, administration and the community. The biggest thing is that I know these students are ready for something a little different, and that’s where I come in. I want to mold the new with the old, and work on having the students break that glass ceiling.”

Other challenges await Cantu, as the community and the school district are gradually opening up since the coronavirus pandemic began this spring. When band practices will begin is one dilemma right now.

“Band practices right now are up in the air, because of the pandemic,” he said. “In a perfect world, we would start on Aug. 1 with the whole band. On July 27, all the leaders will report, and then on July 30 we would have the freshman arrive.”

Cantu has been a band director for 14 years, with this being his 15th and his 11th as head band director. His first year was at Boling ISD, then Galena Park followed by Brazos for 10 years before heading to Sealy where he taught for four years.

“I have done almost everything I can think of as a teacher,” he said. “I’ve been a student council sponsor, honor society sponsor, coached baseball, directed One-Act Plays and even taught history during summer school for a couple of years. I am currently going to Lamar University to receive my master’s in educational leadership.”

Cantu also discovered the Ricebird band “plays lots of polkas,” so he plans to include that genre in the list of music the band plays at football games. However, Cantu wants to get the attention of the fans during the halftime performances, too.

“My goal is to play music where during halftime the fans are interested in staying in the stands and watching what the band is doing,” he said. “This year we are doing a Wizard of Oz-themed show featuring Pink Floyd and Radiohead. In the past I’ve done Cirque Du Soleil, Metallica, Latin Jazz and Jazz shows, just to name a few. In the stands we will play things to get the football players, the band and the audience hyped up. So we will be playing a lot of eclectic music.”

“If you are alumni for the El Campo Ricebird band, dust off those instruments, get your twirl on and start getting those flags tossing, because depending on what we can do during football season, expect an alumni band night,” Cantu said.