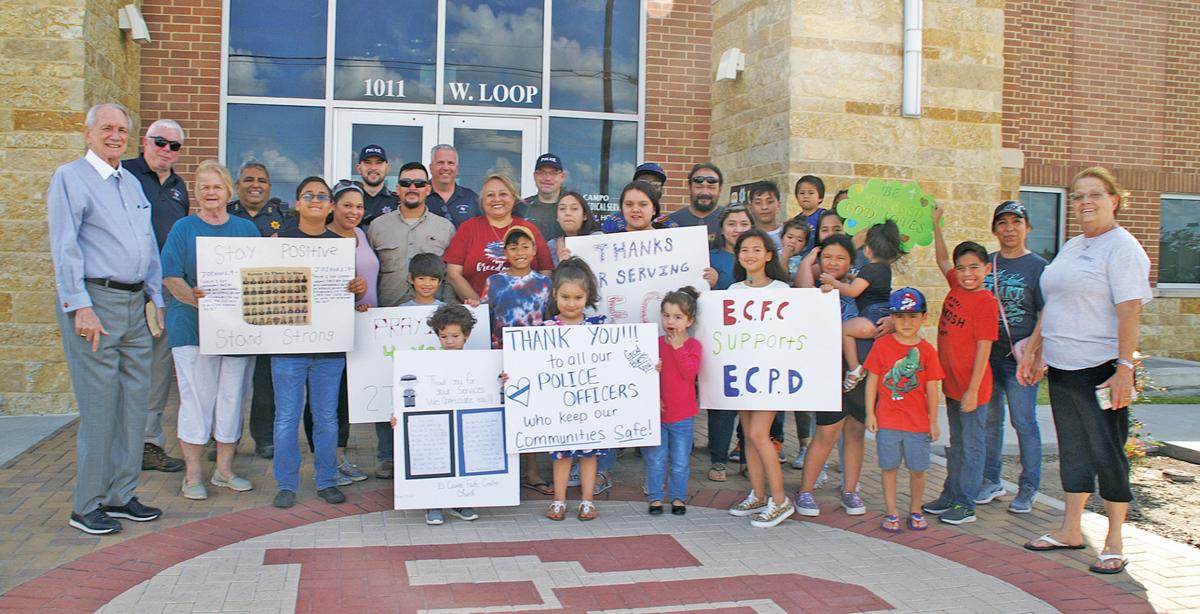 Members of El Campo Faith Center Church gather with police officers in front of the West Loop station Thursday to show their support. 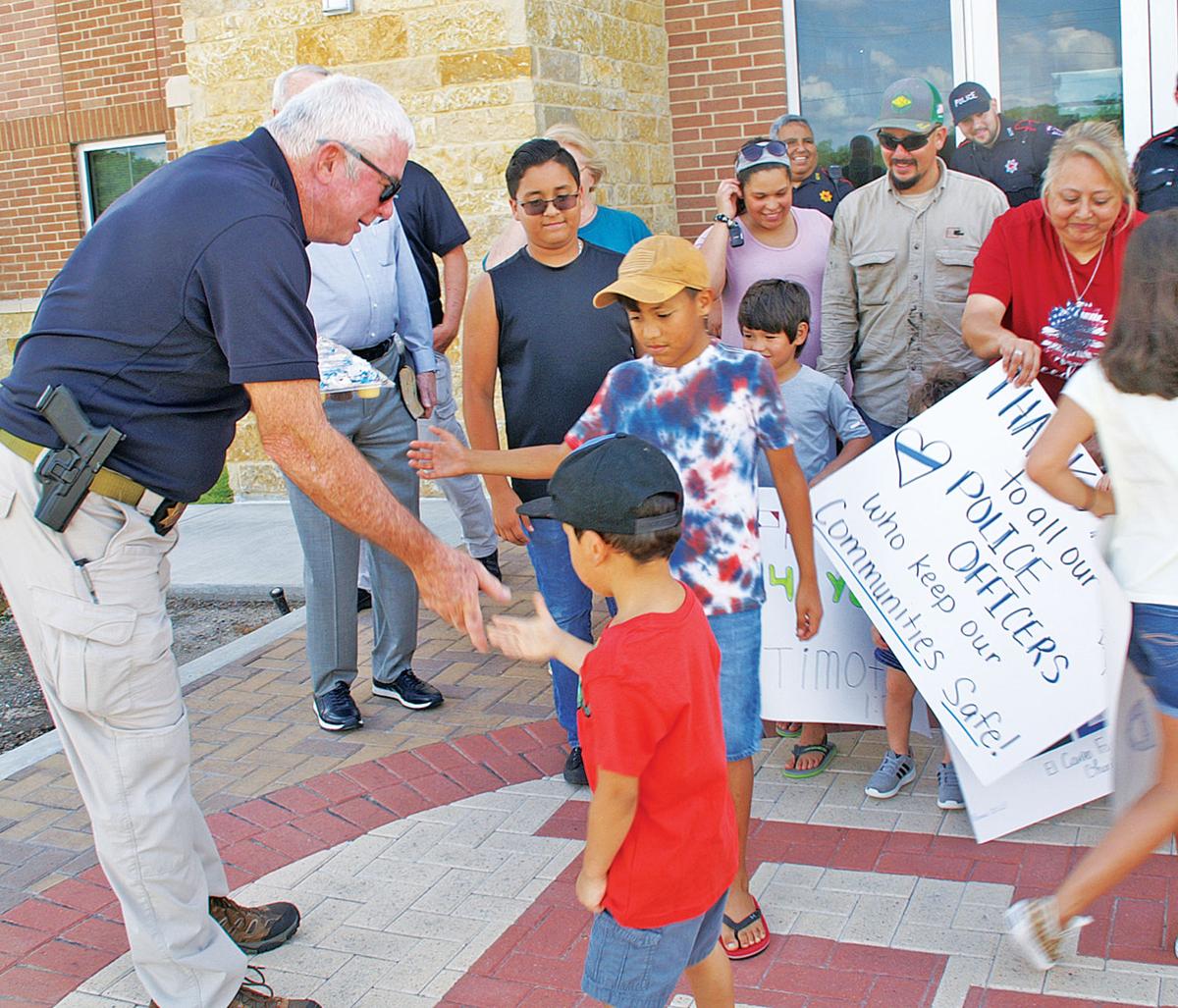 Members of El Campo Faith Center Church gather with police officers in front of the West Loop station Thursday to show their support.

Waving signs in front of the El Campo police station Thursday, the group wanted to make sure their message was clear.

Instead, the El Campo Faith Center Church members came with a $2,000 donation, signs showing their support for the men and women in blue – and cupcakes.

“We’re thankful for them. With all the stuff in the world, we wanted to do more than prayer,” Pastor Bobbie Cude said, adding it took the 75-person congregation just one week to donate a match to $1,000 in church general fund dollars.

They haven’t been the only ones coming forward to show their support, El Campo Police Chief Terry Stanphill said.

“BLS came by with a $500 donation, we really appreciate that. The city attorney (Ronny Collins of Duckett, Bouligny and Collins) brought all the office gift cards. People have been bringing cookies and cakes, too. I’m kind of hoping for more healthy items, fruit maybe, but we’ve been keeping pace.”

Sports drinks and water are welcome on hot days as well.

Food items are set out on a conference table for all to share.

They don’t last long, the chief said pointing to the small box of cupcakes sitting on one end as an officer walks by, glances in and continues along.

The chief gets paged right about then. “I hope it’s not an emergency,” he said.

Monetary donations go into the city’s general fund. Accounted for there, it can be used to purchase equipment.

While on patrol officers can accept food or drinks as gifts, if it can be consumed in one setting. Gift cards or other gift items have to be turned in. Small ones are generally recorded and then given back to the officer. Larger ones are used for the good of the entire department.

The Faith Center representatives brought their children from teens to toddlers along with them Thursday.

“We teach them to respect police officers, that they are there to help you, not hurt you,” Cude said.

The Faith Center now looks to the community to follow suit. “I’m hoping other organizations, other businesses will come and do this, will show their respect. I thank God we don’t have what they have in other cities,” Cude said.

Protests continue nationally with cries to defund police in the wake of a Minneapolis police officer’s killing of George Floyd, a 46-year-old black man accused of trying to pass a counterfeit $20 bill.

“This is the way it is all the time in El Campo. Anytime something happens,” Stanphill said, adding he, officers and staff appreciate the support. “I’m glad some of the stuff comes in on the evening shift too. They catch the worst of it, although even that’s not bad. It’s the comments here or there, the ones who are getting arrested.”

Most comments, he added, are positive.

“I hear all the time, ‘We’re praying for the police.’”