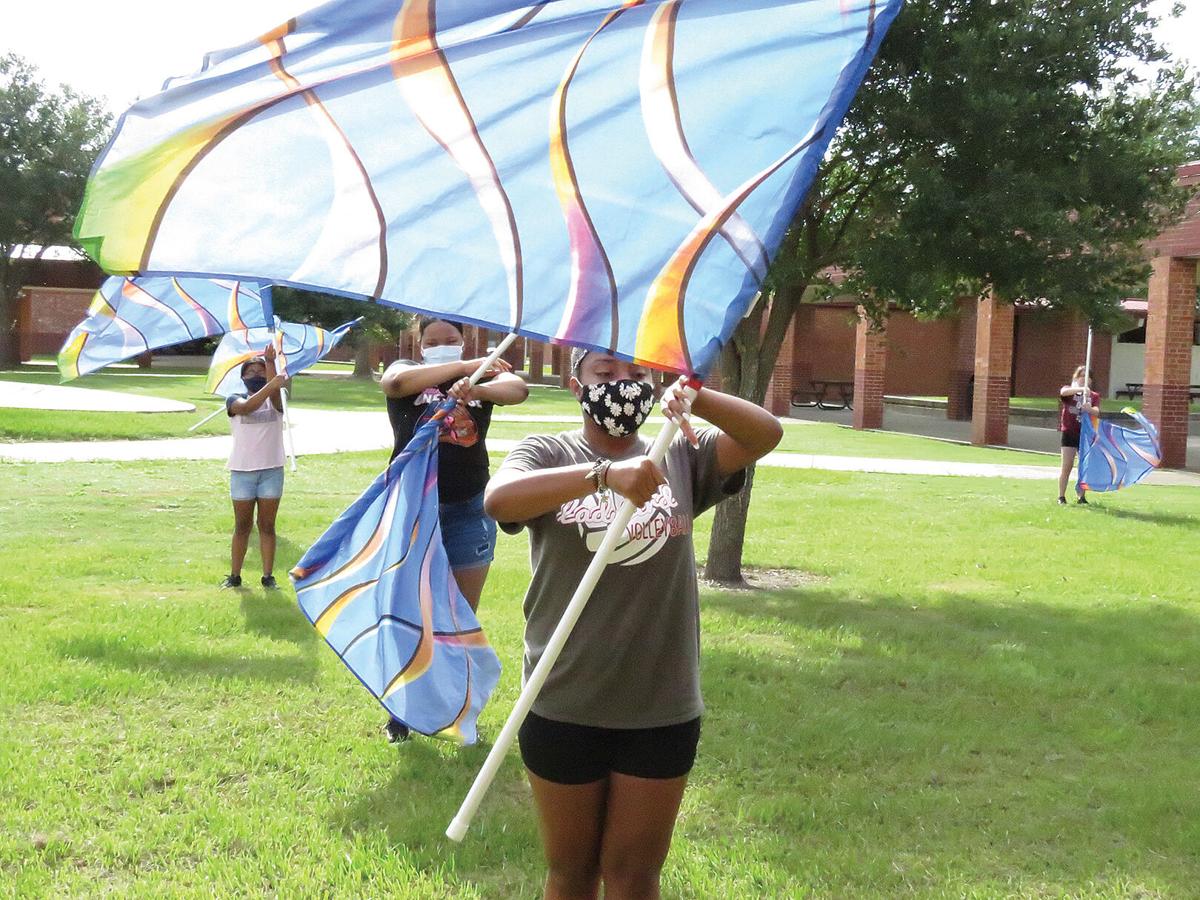 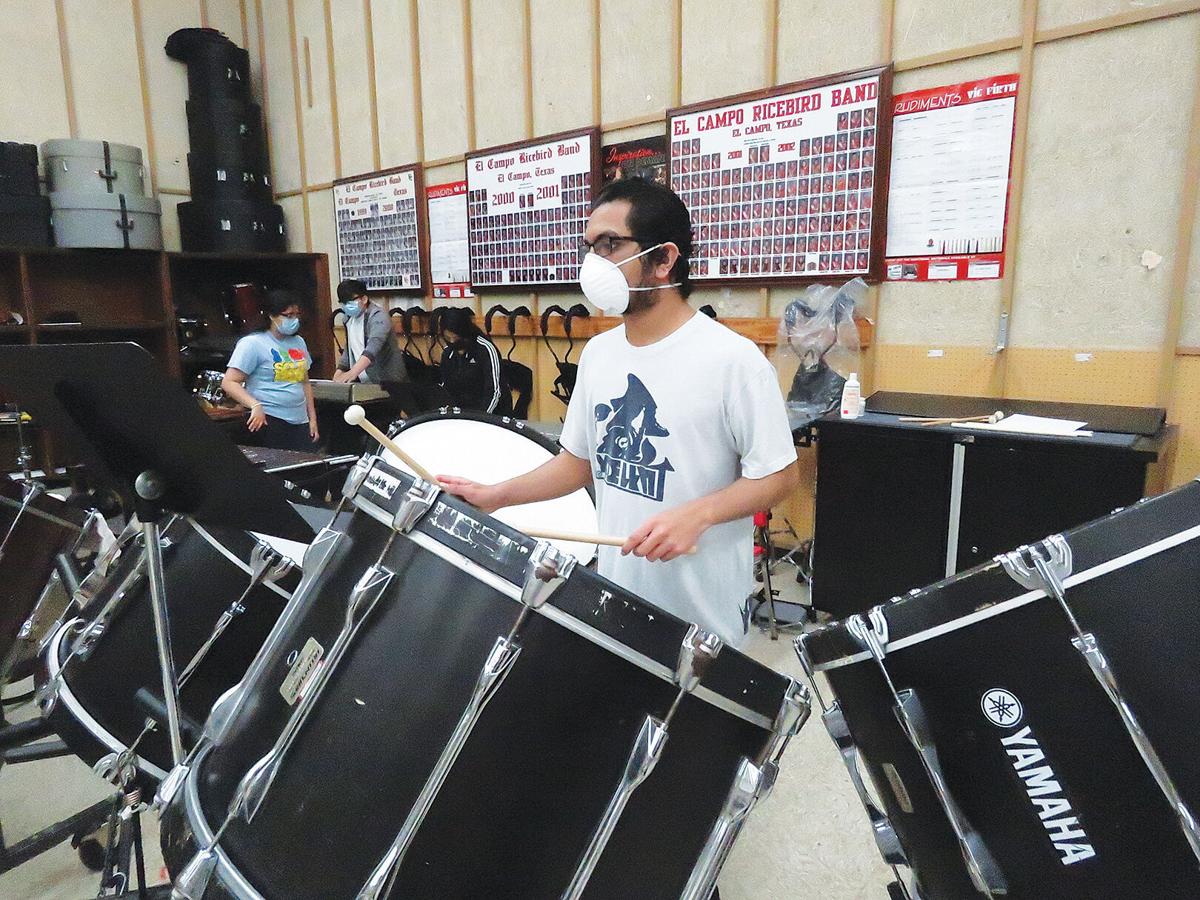 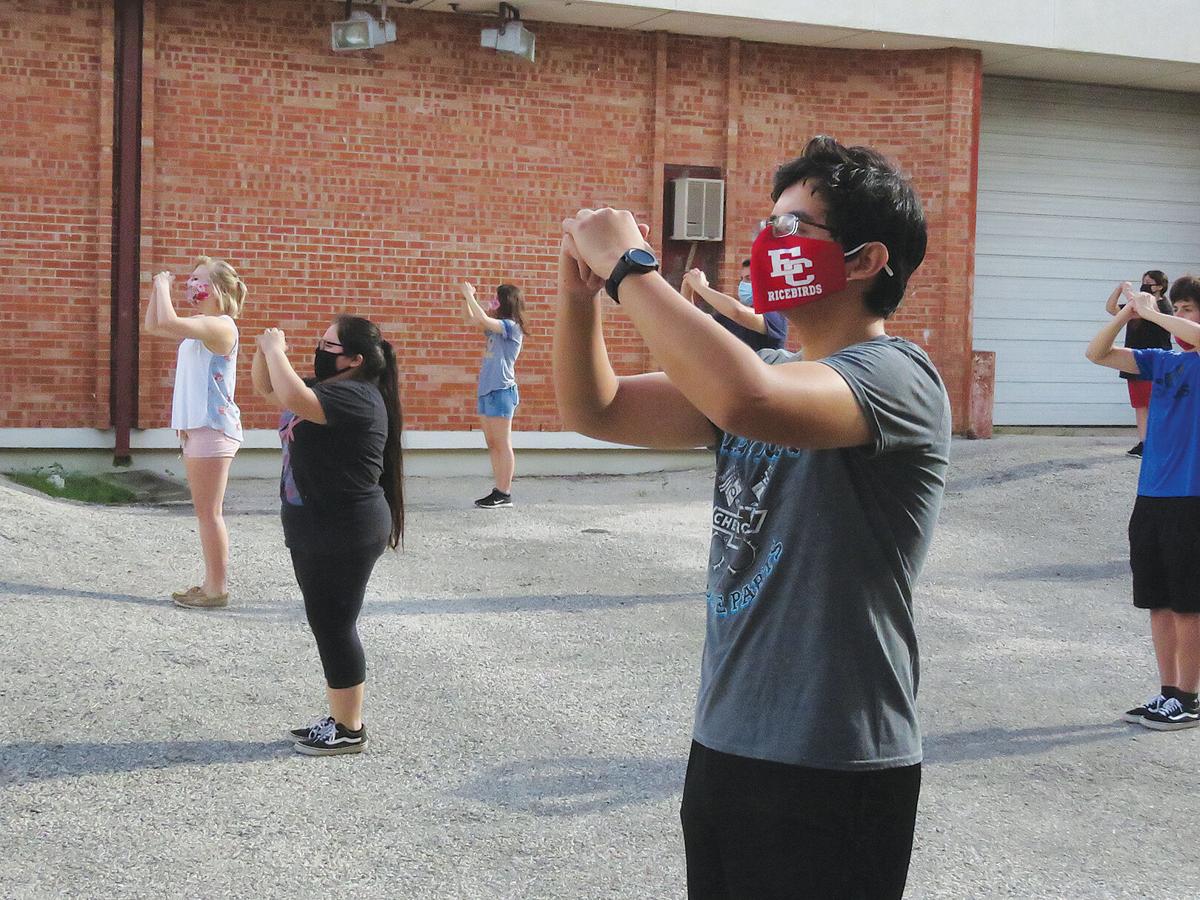 The rhythmic clapping of a dozen tennis shoes hitting the concrete in time could only mean El Campo High School’s band has begun marching practice for the upcoming school year.

Summer band rehearsals began Monday at El Campo High School for drum line, color guard and student band leaders. When the other students will begin is yet to be determined. About 60 percent less students than normal are expected to attend due to the ongoing coronavirus pandemic.

Regardless of reduced starting numbers, the new band director has set his sights high this year.

“If we have crowds in that football stadium, during halftime I want the crowd to stop and take notice of the marching band and see their hard work,” ECHS Band Director Rolando Cantu said. “I want the community of El Campo to be so excited that these students get a standing ovation.”

“I know everyone wants to get back to normal, but we also have to be careful,” Cantu said.

“I can say with 100 percent (confidence), which won’t change, I will always have the safety of the students first,” he added.

Students and staff will have to be very careful to avoid a COVID-19 outbreak. If one student tests positive, practices will have to be shut down. Especially in light of the pandemic, extracurriculars are extremely important for student growth, Cantu said.

“Extracurriculars are important for the social, problem solving and independence,” he said. “I encourage all parents to let their students participate in more than one. Every activity activates and stimulates the mind.”

The band’s marching show this year will be based off of the Wizard of Oz with music by rock artists Pink Floyd and Radiohead. After Sept. 7, students will begin rehearsing their halftime show to perform at football games and UIL band competitions.

This will be Cantu’s first year at ECHS after former band director Mark Van Gorp retired this year. A new Ricebird, but not a newbie in the band world, Cantu has lofty goals for El Campo’s student musicians this year.

I want students to “win everything!” he said. “I want the students to succeed at region band, marching contests, concerts and sight-reading. If they had a tuba only contest I’d want (them) to win it.”