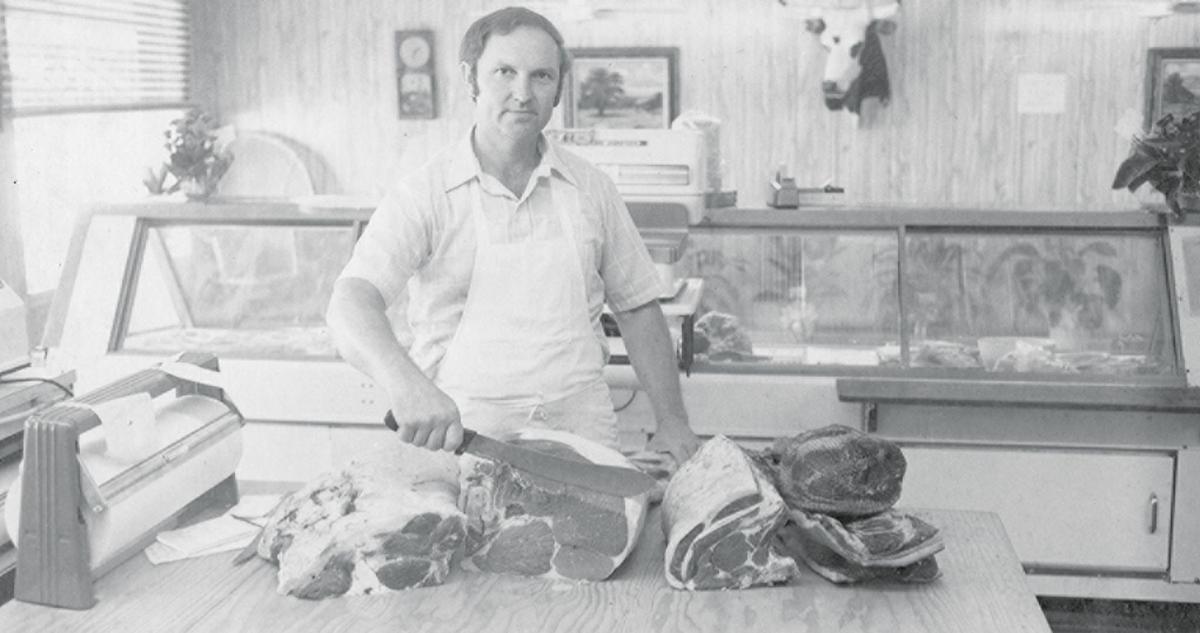 Novak in an undated photo plying his craft. 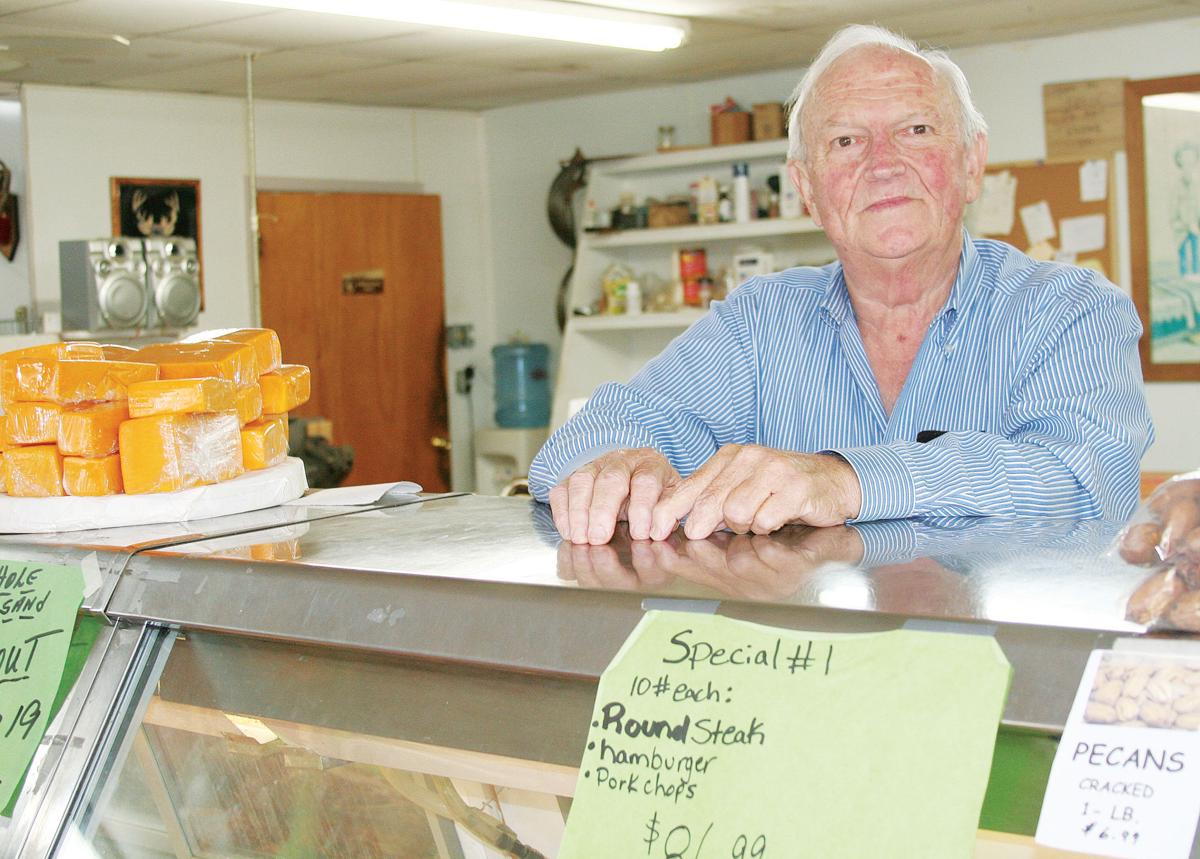 Novak in an undated photo plying his craft.

It had been a while since he perched behind the cash register at Novak’s Meat Market. It had been longer still since he stood wielding a knife or saw, making those perfect cuts with a habit-honed skill.

The COVID-19 pandemic and Texas Gov. Greg Abbott’s restrictions on large gatherings limits the number of people to 25 at one time inside the chapel of Triska Funeral Home, the firm handling the arrangements. Services were pending at press time. For information on service times, visit the Triska Funeral Home website.

“I don’t know where to begin to tell you how I saw my dad in my eyes! He was the first man I ever loved. He was the most caring, loving and kindest person I’ve ever met and he truly had a heart of gold,” his daughter Kim Socha said. “He worked so hard to make sure my mom, my brother and I had everything we needed growing up. Boy, did he cherish his grandchildren.”

She added, “He loved visiting with his customers! His customers were his family! Boy, did he love to visit with all of you ... Our family would like to say thank you to all our customers, friends and family for always putting a smile on his face when y’all came in the market. He truly loved all of you.”

“Frankie was always smiling and gave a kind, warm welcome ... he was always cheerful and loved El Campo. Frankie’s genuine character, dedication and hard work ethics made Novak’s Meat Market a true family owned business, an integral part of our business community and impacted our downtown in a very special way, serving our community for decades with tradition and integrity,” she said. “Frankie was a true gem and will be greatly missed.”

Novak was born Aug. 18, 1941 in the old Nightengale Hospital and grew up in a farming family just north of El Campo. He and his six siblings assisted on the farm in which cotton, corn and milo were grown. The Novaks also raised cattle, pigs, chickens, ducks and other farm animals.

When he was a boy, Novak remembered in a 2012 interview with the Leader-News cars being allowed to park right in the middle of Washington Street where his business has served as a staple for the past 31 years.

“People came to town on Saturday,” he said. “That was our deal. And folks were gathered up in circles in front of businesses just visiting. Those were the days ... we just don’t visit like that anymore. Kinda sad when you think about it.”

Always Been A Butcher

A couple years later, he took a job at Mikeska’s Meat Market, working for Maurice Mikeska, a man that Novak credits for shaping his knowledge and love of butchering.

He met his future wife, Jeanette Pustejovsky, in 1956 while driving along in El Campo one afternoon.

“I remember it like it was yesterday,” he told the paper. “There were about three or four girls walking along the side of the road and I pulled over real slow like. I picked out the prettiest one and asked her if I could talk to her for a minute. I asked her out on a date. She said yes.”

Novak recalled being clad in black slacks, a pink and white-striped shirt, and black shoes with a thick white stripe on their first date.

That first date was on April 19, 1956, a milestone the couple continued to celebrate every year, after getting married in 1961 in Hillje.

Novak and D.D. Lundy began the El Campo Packing Company a few years later on North Mechanic across from where Dairy Queen is currently located.

A sales position with Decker & Sons, a meat company based in San Antonio, came later and he worked there about five years before returning to Mikeska’s in El Campo for an 18-year stint.

Novak’s Meat Market opened in 1981. The 205 N. Washington building had previously served as a nightclub.

Looking back, the butcher told the paper his greatest joy was his customers.

“I want to make the customer happy. I enjoy waiting on them, giving them advice on how much meat they’ll need to feed a certain amount of people. I enjoy doing that. And I tell you what: I’ve never had one customer come back and say ‘Frankie, we ran out of food.’ Nuh uh. Never once has that happened. We’re proud to be able to say that.”

His wife Jeanette worked as bookkeeper and secretary for many years before his daughter, Kim Socha, took over. Kim’s husband, Steven Socha, has worked at the shop since 1991, now running it.

El Campo’s Citizen of the Year in 2000, Novak was recognized for his efforts in the community.

“He has given his time, his expertise and his resources to make El Campo a better place to live. He is a leader in our community and has credibility with those who lead and has a heart with a hand for the least of those in our community,” First Baptist Church Rev. Rick DuBroc told the crowd at the El Campo Civic Center in January 2001.

Novak’s support of the Wharton County Youth Fair and Rotary were specifically noted during the presentation of the Chamber’s Citizen award.

He was also a member of the Knights of Columbus, St. Philip’s Catholic Church, a supporter of the El Campo Little League, Beautify El Campo Extension (the BEEs), the El Campo Museum Society and the Elks Lodge.

“Frankie’s heart is bigger than Texas,” Delores Cox said during the Citizen ceremony. “He loves children and will do anything to help - feed the hungry, make a donation, lead a cause.”

Jimmie Lee Cox, one of the people who nominated Novak for Citizen created a wanted poster noting “beware his good mood is highly contagious.”

Cox noted that for more than 20 years, Novak donated the Grand Champion saddle to either a boy or a girl at the local fair, gave a scholarship in his son’s name and “just does anything he is asked.”

In 1984, he was named Citizen of the Year by the Wharton County 100 Club and in 2017, the Rotary Club of El Campo dedicated their fundraiser to him.