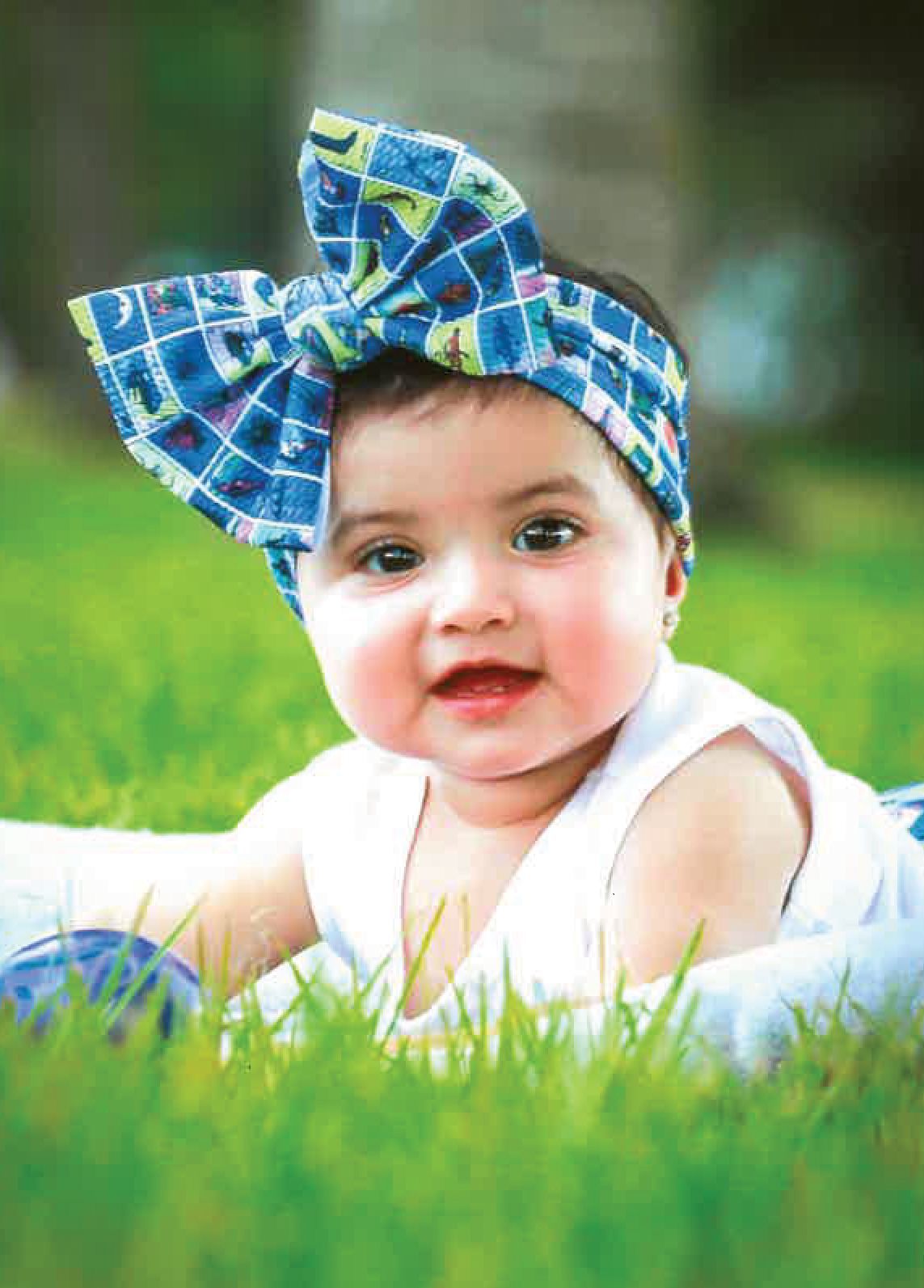 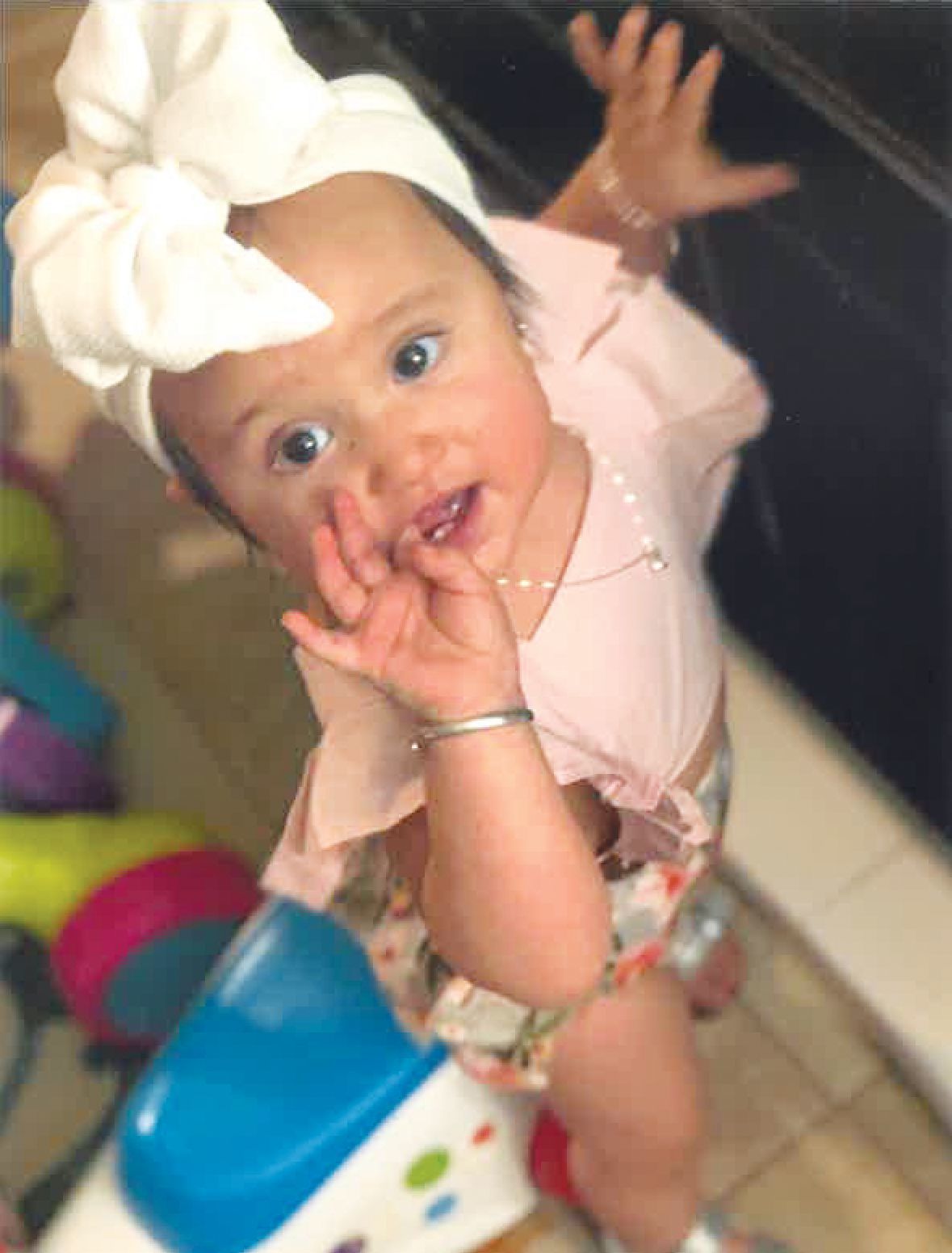 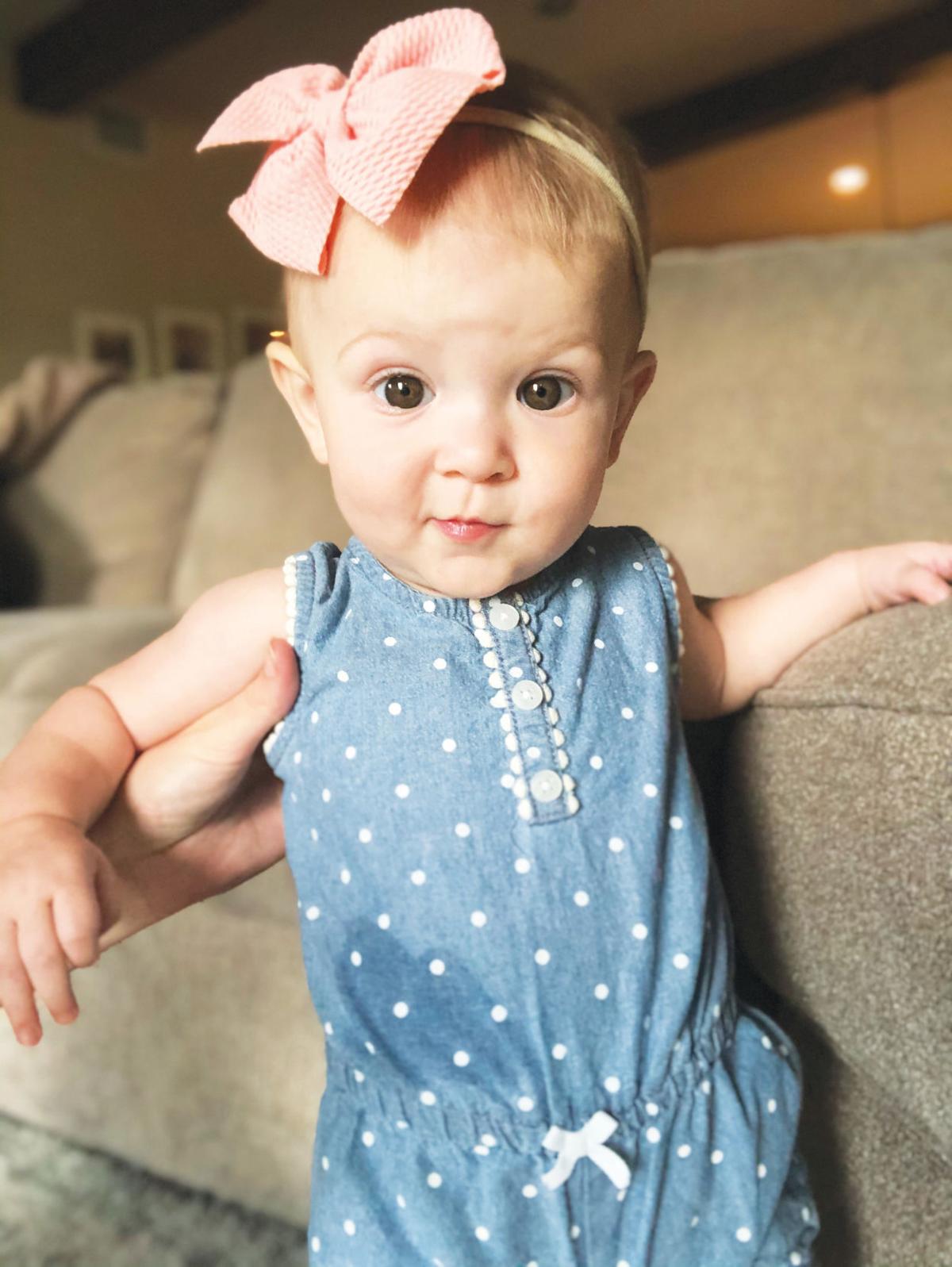 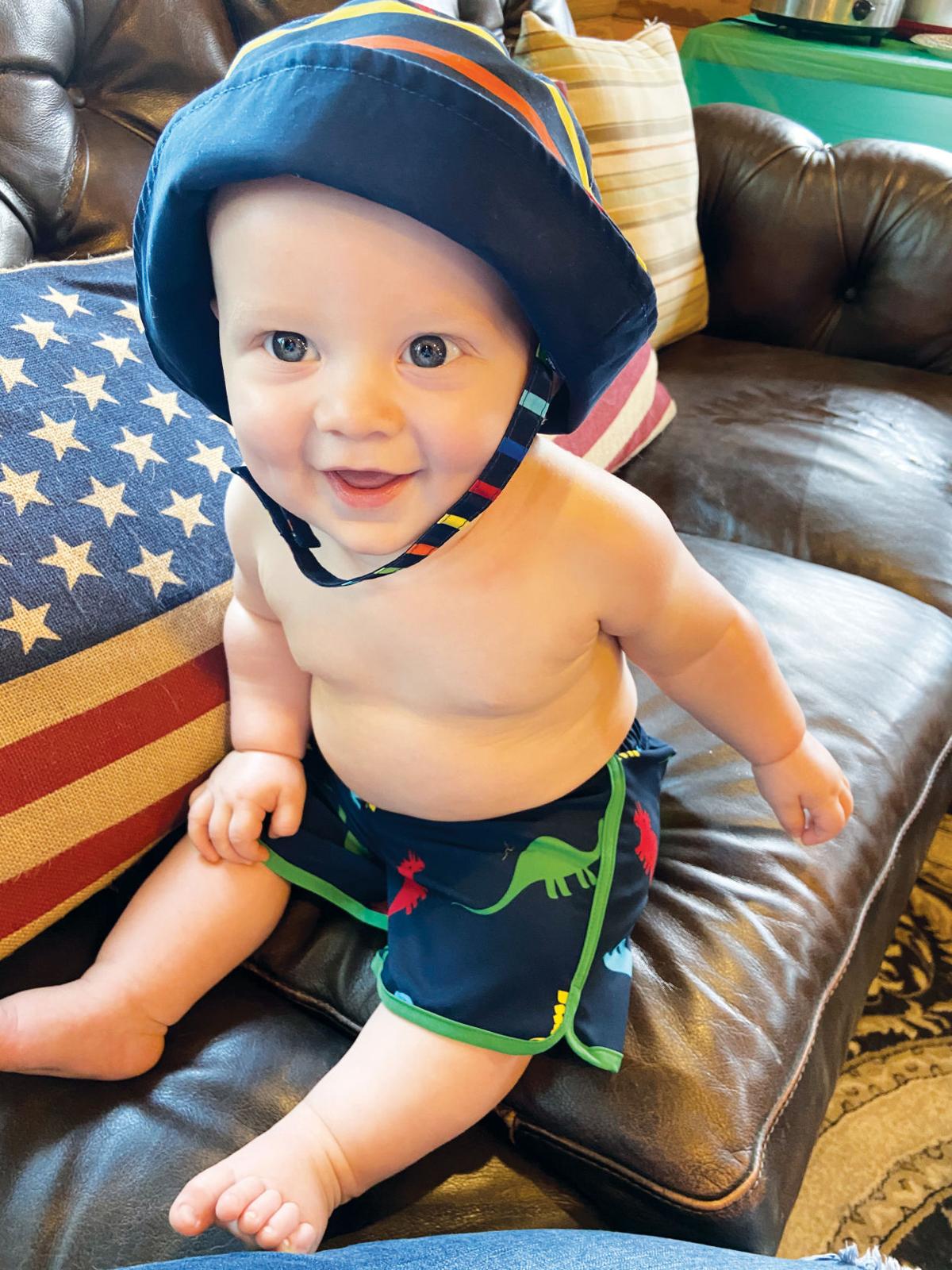 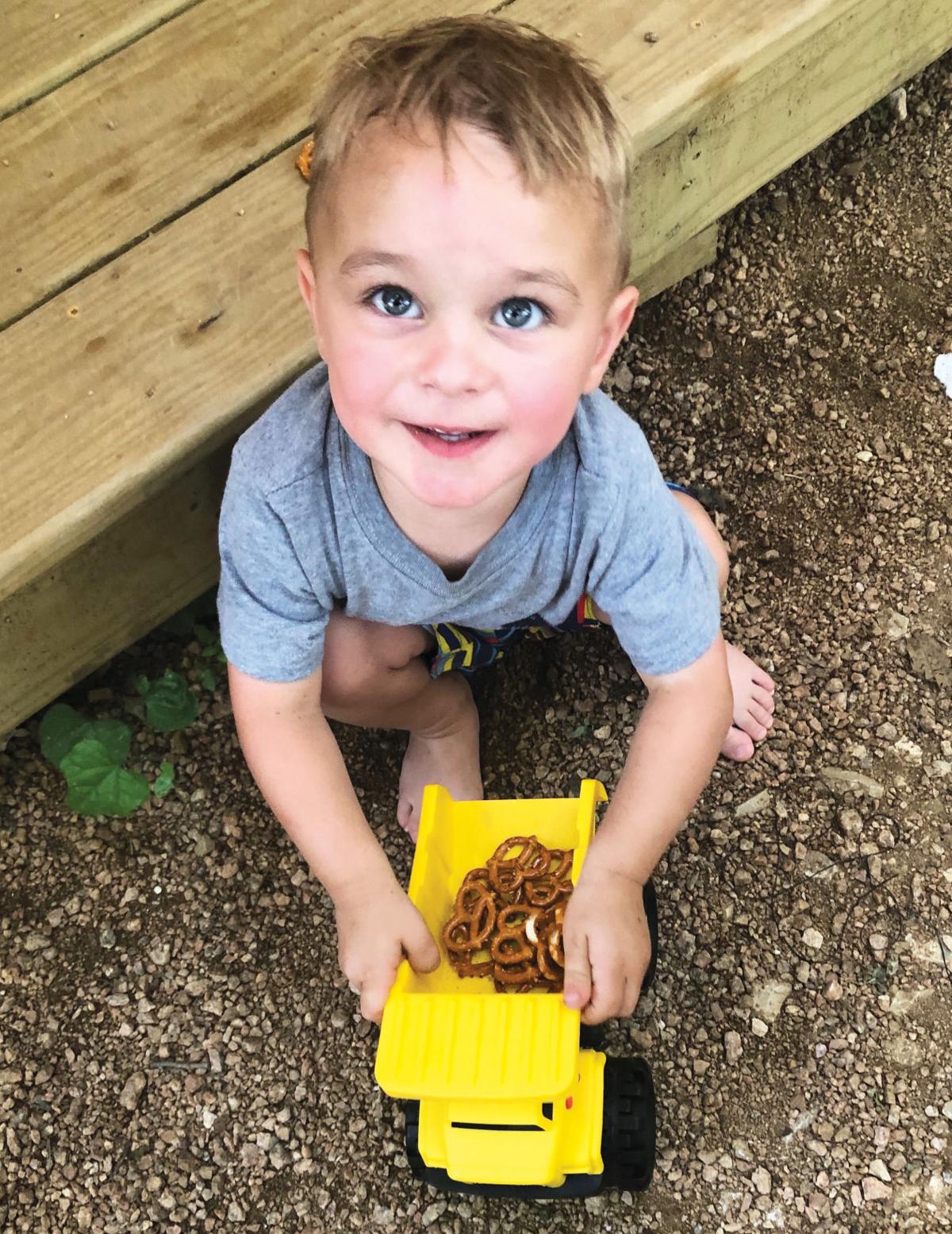 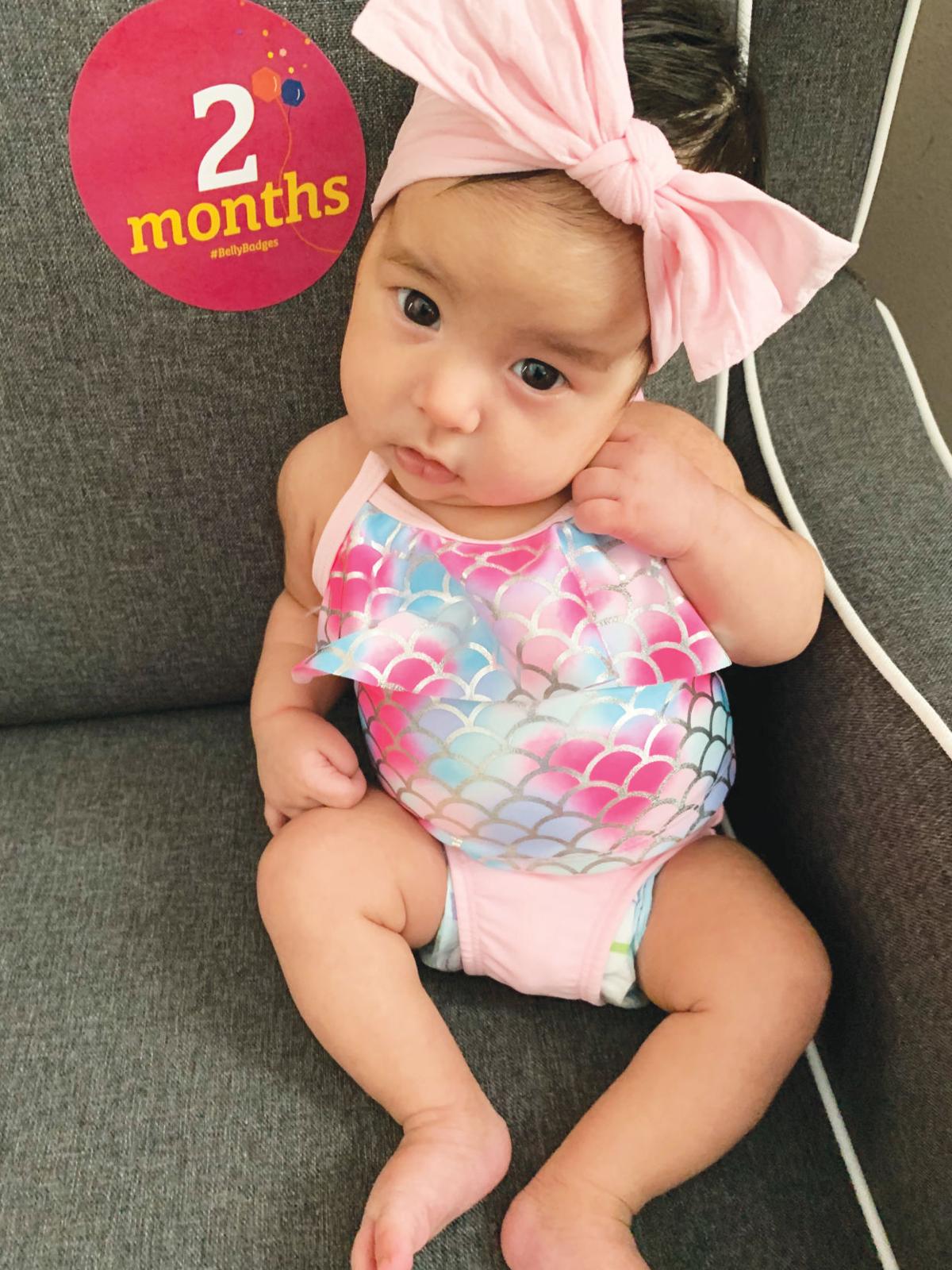 Daughter of Kenneth and Jennifer Solis

Daughter of Kenneth and Jennifer Solis

All-American Baby ballots have been counted and the judges have made their selections in the Leader-News’ annual contest just in time for Fourth of July celebrations.

Mila Josephine Solis, daughter of Kenneth and Jennifer Solis, claimed first place in the People’s Choice portion with her big pink hair bow and inquisitive glance. Her no-doubt proud parents will collect $50 and full bragging rights in the contest.

“I’d like to thank Leader-News readers for their votes in this always popular contest,” El Campo Leader-News Publisher Shannon Crabtree said. “I’m told the races were close and the judges had a tough time deciding who to name the All-American Baby in that category.”

A panel of judges debated, counted ballots, had a tie and then had to re-vote before giving Karson Paul Rucka, the son Craig Rucka and Erica Cooper, the top prize in that portion of the contest along with a few “Oooo, he’s so cute” comments about the photo of the little boy staring up at them. His parents will also collect $50 as top prize winners.

“It was tough deciding who to pick from the group of competitors,” Leader-News Ad Rep Missy Perilloux said. “They are all so cute. I wanted to pick them all.”

Second place in judges’ choice went to Ellie Faye Cornelius, daughter of Colton and Kelsi Cornelius, who looked like she was about to share her opinion on something. Their daughter earns a $30 prize.

Third place in judges’ choice is Tripp Bena, the child of Matthew and Samantha Bena, who offers a big grin as shown on Page 10. They collect $20.

Runners up in the people’s choice award are: first runner up was Mariyah Contreras, daughter of Mario and Maria Contreras; and second runner up Edith Talley, daughter of Eric and Erica Talley. They collect $30 and $20 respectively.

“A special thanks goes to our two contest sponsors – Jenna Hooker Photography and Sutherlands. They make the contest possible,” Crabtree said. “Please remember to support them and other El Campo businesses.”

Ellie Faye Cornelius, daughter of Colton and Kelsi Cornelius; Arian Karter Matula, son of Kendrick and Tiffany Matula; and Ronnie Mijares, son of Jose Mijares and Maricruz Rodriguez were among our competitors.

Sometimes proud parents just can’t be held back when it comes to expressing pride in their child. The Leader-News family had two mommas who absolutely knew their kiddo was so cute they’d grab the popular vote even though they couldn’t actually win.

Raegan Rose Segree, the daughter of Derek Segree and Rachael Rodriguez, is a regular visitor here at the newspaper office where her mom works as the classified advertising manager. Mom was a little hurt when she learned Little Raegan couldn’t win. Like the other 25 moms and no telling how many proud grandmas, grandpas, aunts, uncles and other relatives, she just knew her daughter would be the one. She just needed to know where we kept the tiara.

Everly Orsak, the daughter of Kyle and Haley Orsak, also appeared on the ballot. Haley Orsak just recently left the newspaper to work at an administrative post. Little Everly will be eligible to win next year, if mom and dad want to try then. We’ll have to see if she still has that sparkle in her eyes and a hair bow bigger than her little head.

“A big thank you to all our competitors who made the judges’ job a tough one. I hope those who will still be eligible will consider trying again next year,” Crabtree said.

Winners can come by the Leader-News office, 203 E. Jackson, on Monday during regular business hours to collect their prizes. By city order, masks must be worn in the building.