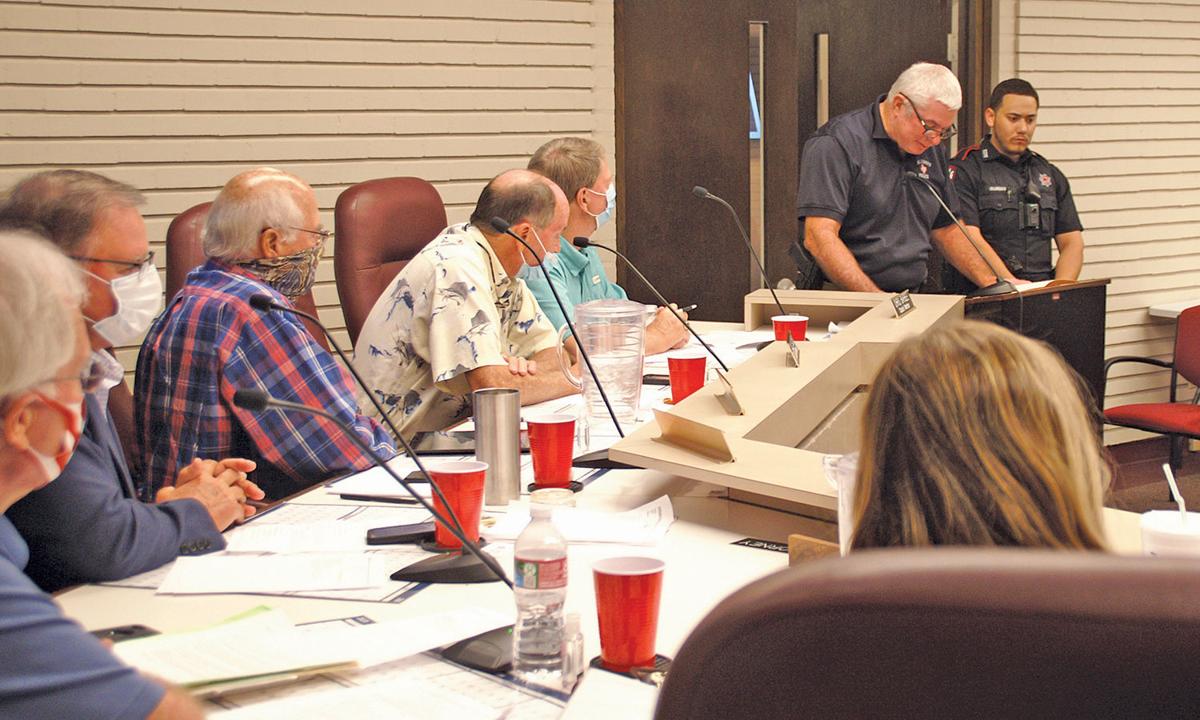 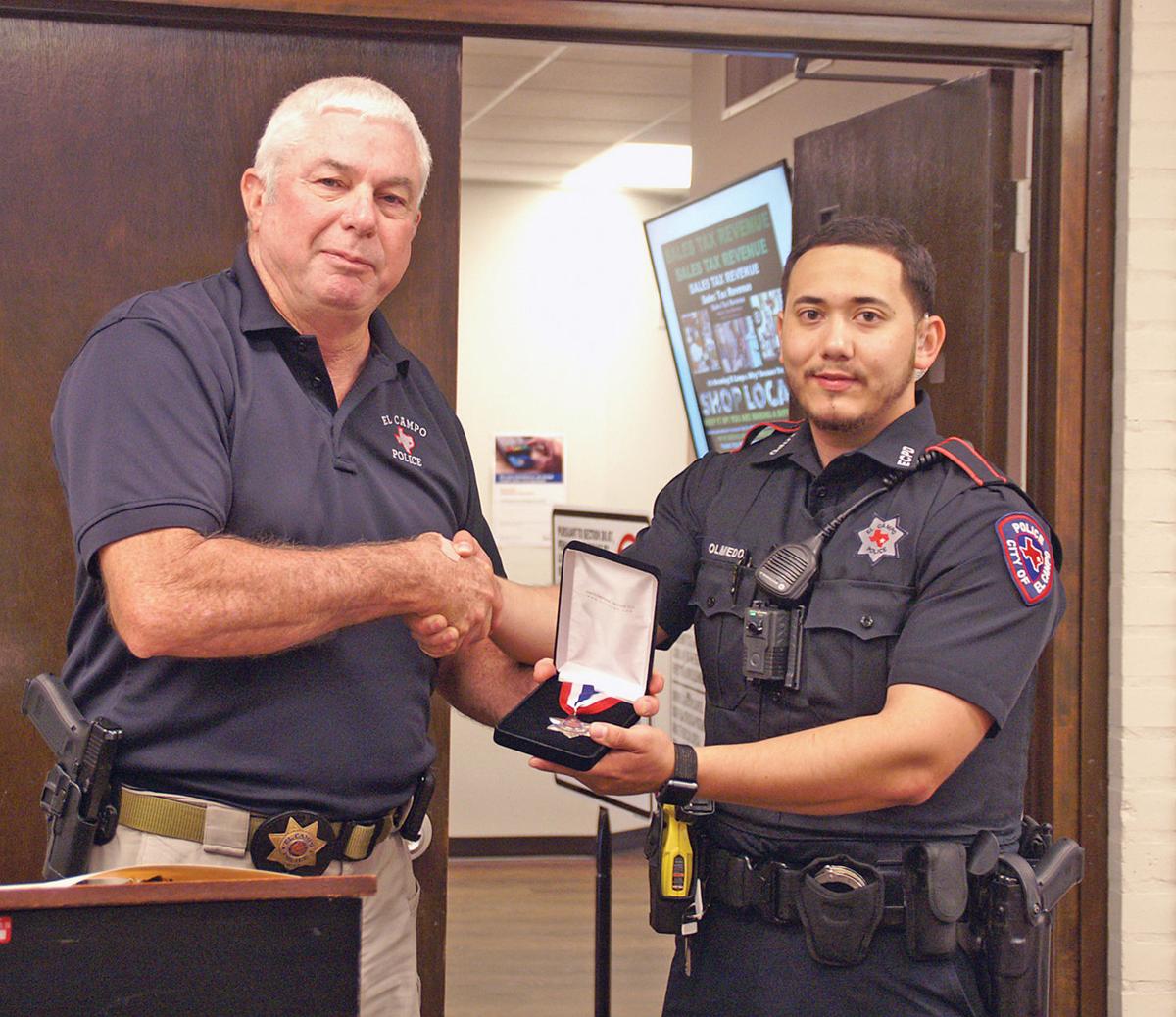 Shots had been fired. A woman had been hit.

That’s all El Campo Police Officer Cesar Olmedo knew as he raced to the 200 block of Olive on Jan. 31 shortly before 1 a.m.

Before the night was over, he saved a woman suffering multiple gunshot wounds from a roaring fire, discovered another victim dead inside the home, and became part of the hunt for the gunman.

The 201 Olive home was one police routinely visited, summoned for disturbances and complaints of trespassing, but this night was different.

“When the call came out on the radio, we were advised a female was shot, but not (about) an ongoing fire,” Olmedo said. “It happened so quickly, I was unable to process what could be happening at the scene before shortly arriving.”

He acted quickly, Chief Terry Stanphill told Council Monday night as the officer was recognized for his efforts.

“Officers heard screaming coming from inside the house. With disregard for his personal safety, Officer Olmedo charged the front door of the residence and kicked it open,” Stanphill said. “The door, exterior of the home and the victim were so hot, steam was coming from them.”

He’s also a volunteer with Wharton VFD with four years of service.

“I am not sure if it was the adrenaline or my training,” Olmedo said. “I just heard screams and went with my first instinct.”

Olmedo helped make sure the woman was turned over to El Campo EMS for treatment before a helicopter ambulance was summoned to rotor her to the trauma center at Houston’s Memorial Hermann Hospital. She’s now recovering.

“That was in his blood ... Public safety is his calling,” Abbott said. “He’s an outstanding young man. He always wanted to serve. I’m very proud of him. The Wharton Volunteer Fire Department is very proud of him.”

After facing the flames, Olmedo shifted back into law enforcement mode, helping with the hunt for the gunman as firefighters doused the inferno and then recovered the body of 23-year-old Keshun Riggins.

“This was the most daunting experience in my career ... it was my first encounter with a crime of this magnitude,” he said.

Police tracked down 26-year-old Shaquille Montgomery of Edna three days after the fire. He was taken into custody after a non-violent standoff with multiple law enforcement agencies in Edna.

With Olmedo the night of the fire were Sgt. Freddie Douglas, Cpl. Zack Stafford and Officer Cindy Cardenas, his fellow officers on the night shift. Olmedo was quick to point that out to city council.

“I was not the only one out there. The whole shift was out there,” he said, later adding in an interview with the Leader-News that the backup helped him make his decision to kick down the door. “It made me confident to know if something would’ve happened, my fellow officers would have acted to help me.”

Olmedo was presented the ECPD Life Saving Award, a small medallion, during the council session and collected the thanks of city leaders. It didn’t come with any days off or monetary reward.

“I do not come from a law enforcement family. What prompted me to become a police officer was a calling to help improve and protect my community,” he told the newspaper. “I would take the same chance again just to save a life.”

The effort, Councilman David Hodges said, is much appreciated.

“I’ve been watching the news, what is going on in the country. I wanted to voice my support for law enforcement. We’ve got a great police department led by Terry Stanphill and a great sheriff’s department led by Shannon Srubar. I’m concerned over the hatred. Bad officers are few and far between,” he said, urging the public to thank officers when they see them.