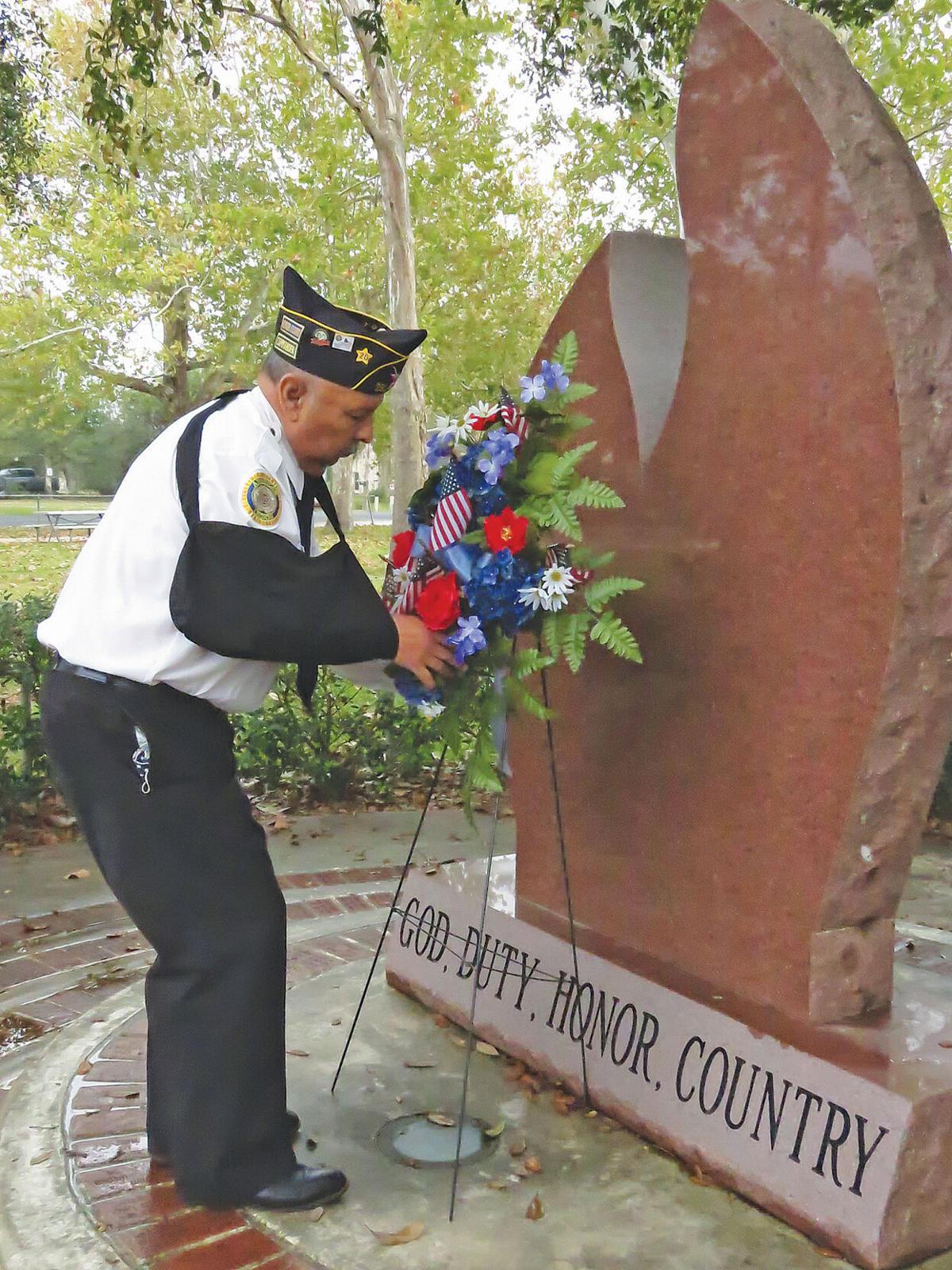 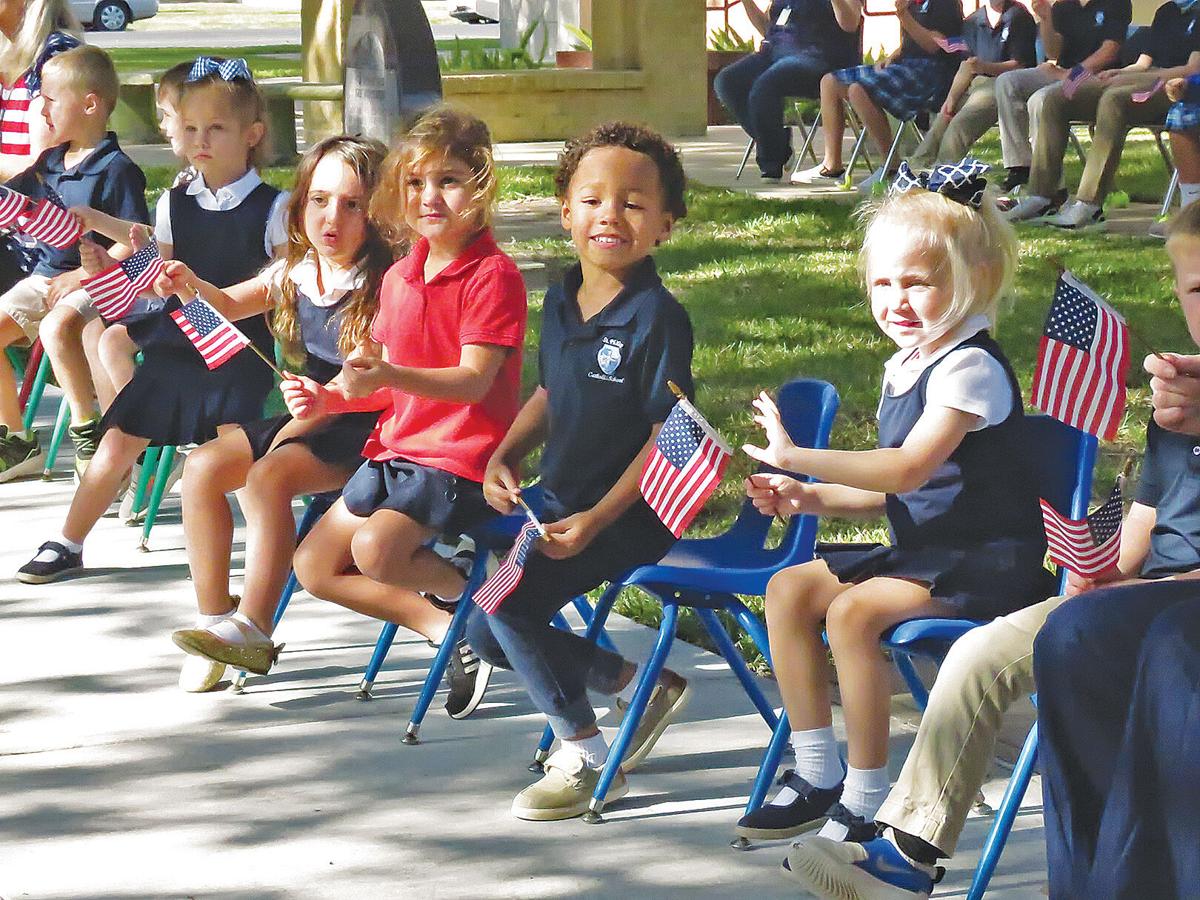 Once per year veterans across the U.S. are honored for their service on Veterans Day, but after the holiday ends, their sacrifices are forever a part of our lives; even if the nation’s attention isn’t focused on them.

El Campo American Legion Commander Daniel Falcon’s life was shaped greatly by his time in the U.S. Army. He was drafted in February 1970 during the Vietnam War, and six of his brothers also served in the Armed Forces. Falcon and his siblings all attended El Campo High School.

“Our mother was the true hero,” Falcon said. “All her sons served, several at the same time.”

Falcon received his basic training at Fort Polk in Louisiana, eventually becoming a filing clerk for the Army in charge of administrative work for trainees. Falcon went out of his way to grab a beer with new recruits, especially those also from El Campo, to make them feel welcome and show them the ropes.

Being drafted was nerve-wracking, Falcon said, and he is grateful he was allowed to serve close to home. He and his wife of 51 years, Sylvia, quickly married in March 1970 before Falcon was required to report for training.

“We had a quick engagement, wedding, honeymoon, and I left four days after we got married,” Falcon said.

Falcon and his family were able to meet up at least once per year, around the holidays, while he and his brothers were serving.

Falcon’s cousin, Cecil Saucedo, who passed away five years ago, suffered intense burns while fighting in Vietnam. Falcon visited him in the hospital shortly before he himself was drafted, and wanting to lift Saucedo’s spirits, concocted a plan to give his cousin a break from his humdrum hospital routine.

A couple states away and a few decades later, another ECHS alumni joined the U.S. Navy, serving as a member of the Naval Construction Battalions. Zane Janak of Gulf Port, Miss., grew up in El Campo and joined the Navy in 2002, serving until 2007.

Janak’s grandfather served during World War II, but since then, Janak was the first in his family to become a member of the Armed Forces.

During his time in the Navy, Janak traveled all over the world. He was sent to parts of Iraq during the Iraq war for reconstruction projects.

“At first, I didn’t know what I was getting into, so there was definitely some fear,” Janak said. “I think once you get down there, and you’re there for awhile and you figure out what you’ve got to do and where you’ve got to be, it’s a whole lot better.”

He and his team rebuilt schools and other buildings in Iraqi communities that were destroyed during the ongoing war. They met locals along the way, teaching them construction skills.

“We built up anything that was torn up during the war,” Janak said. “We were ... trying to win the hearts and minds of the Iraqi people. In Africa, we (rebuilt) a school gymnasium over there.”

Janak encourages young people to consider a career in the Armed Forces.

“It’s not a step backwards,” Janak said. “It’s a step forward, no matter what. I served with some awesome people ... I believe it would change a lot of peoples’ outlook on life.”

Back in the 1970s, Falcon recalled some people disrespecting Vietnam vets, calling them “baby killers” for fighting in the war. Today, the lack of patriotism feels worse than back then, Falcon said.

“Nowadays, I can see patriotism being lost,” Falcon said. “There’s people burning the flag, knowing what we went through, or what the veterans who went to Vietnam or served in Korea or served in WWII (went through.) ... That hurts.”

Over the years, as Falcon has lost friends and classmates who served in the Armed Forces, Veterans Day has become even more meaningful to him and his fellow vets. Falcon attended a Veterans Day program at one of El Campo’s local schools this year.

Janak now works in a management position doing similar work to what he did for the Navy. He tries to celebrate Veterans Day, if he can take off from work. This year, the ongoing COVID-19 pandemic made it difficult to attend the Veterans Day celebrations he normally would.

“I think I might take off of work next year for Veterans Day,” Janak said.