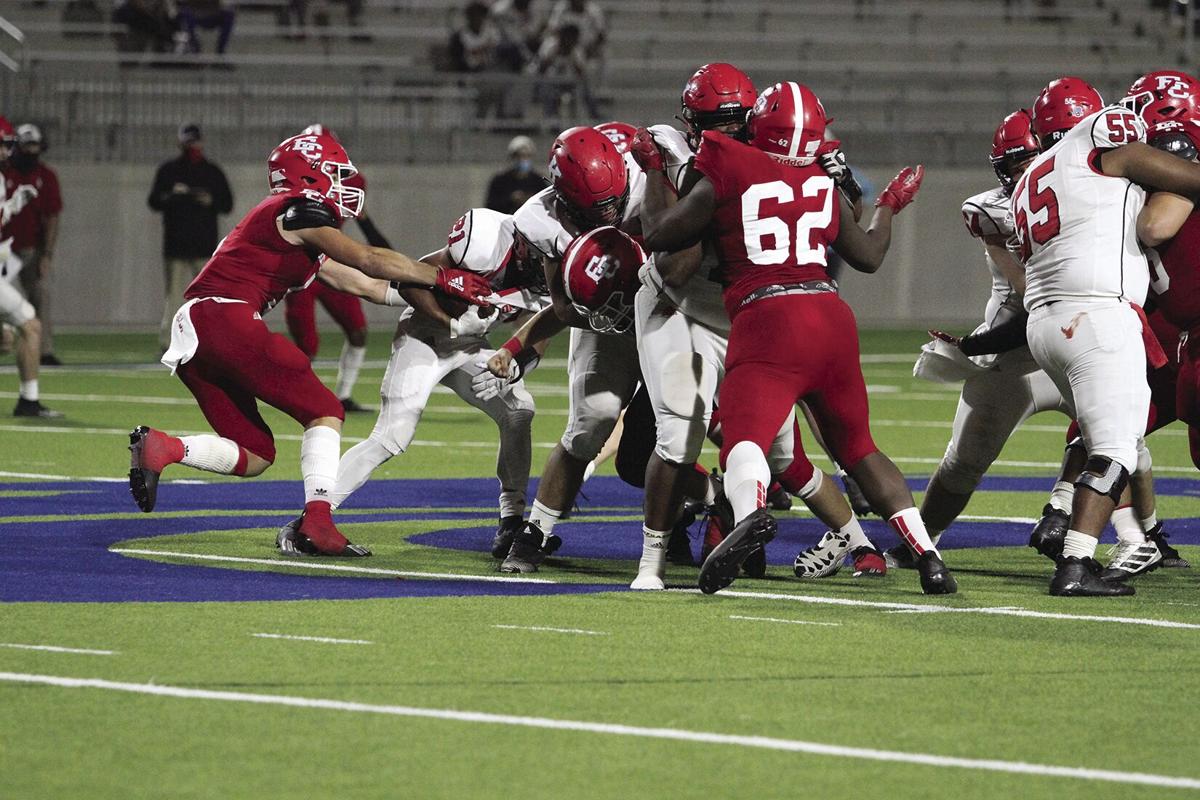 Nathan Willis tugs on the football before it pops free 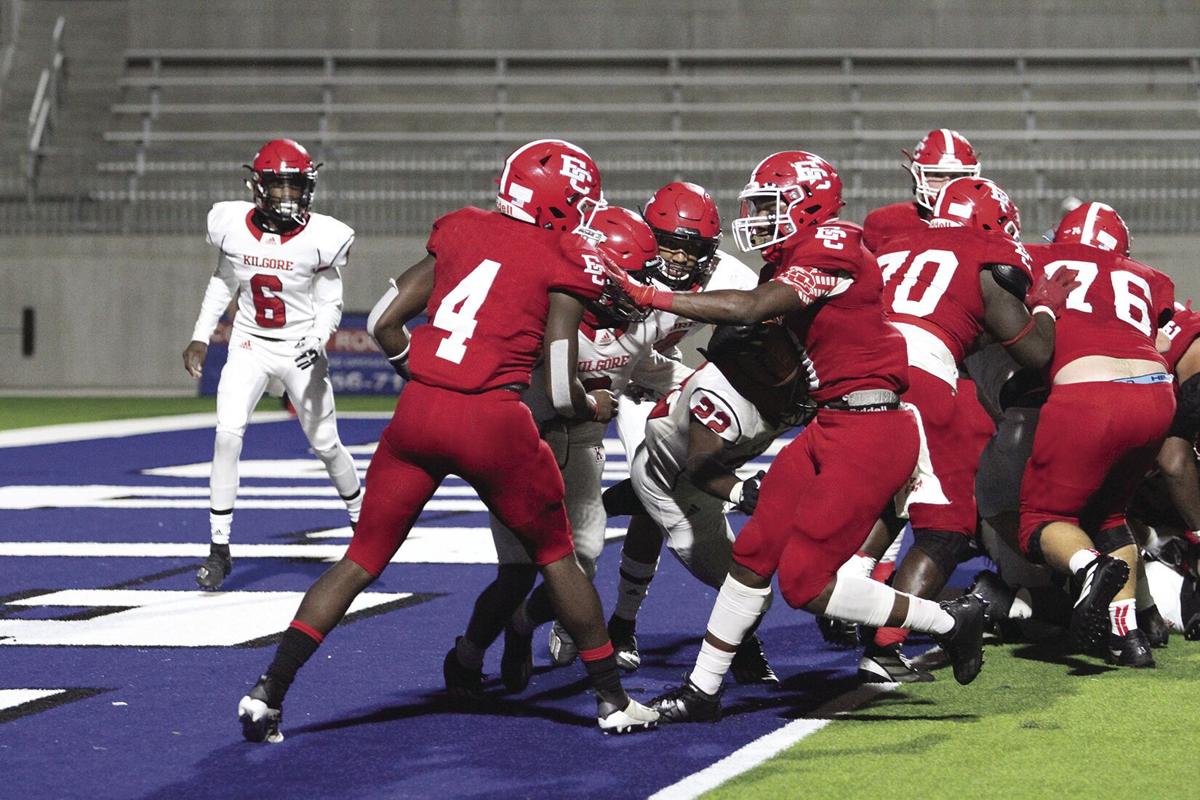 El Campo junior Johntre Davis rumbles into the endzone from one yard away to pull the Ricebirds within one score of Kilgore.

Nathan Willis tugs on the football before it pops free

El Campo junior Johntre Davis rumbles into the endzone from one yard away to pull the Ricebirds within one score of Kilgore.

Region 3 will continue to be the El Campo Ricebirds stumbling block.

The Ricebirds had one too many mistakes against the Kilgore Bulldogs, losing 27-14 at Sheldon ISD Stadium Friday night in the area round of the playoffs.

El Campo had a slow start to the game, allowing Kilgore to jump out to a lead. While the Ricebirds pulled back within one score in the second half, they couldn’t overtake the Bulldogs.

“(After the game) I thanked the seniors for their effort and leadership,” Ricebirds Head Coach Wayne Condra said. “Unfortunately, this is playoff football and there is only one winner at the end of the year. That’s the brutal reality. We came out and they jumped on us quickly but the kids hung in there. I thought we came out in the second half and answered the bell and did somethings that we needed to do to get back in the game. We just weren’t able to keep that momentum going. Our kids fought all night long, just a great effort.”

Not much went right for the Ricebirds Friday night. The high-powered El Campo offense is used to hitting the edge using their speed to beat defenders, but Kilgore set the edge and made runs to the outside tough. The runs inside were difficult as well with Kilgore winning the line of scrimmage.

El Campo punted on their first four drives and didn’t pick any first downs. Despite the offense having a tough time, the defense held for the most part finding themselves down 14-0 midway through the second quarter.

The Ricebirds on their fifth drive got on the scoreboard. Backed up in their own endzone, on third and five, sophomore running back Rueben Owens ll looked like he was going to get tackled in the backfield forcing another three and out. However, the sophomore broke through the tackle and sprinted through the line for a 93-yard touchdown.

El Campo’s joy was short-lived as Kilgore answered the Ricebirds’ score with a 9-play 68-yard drive for a touchdown.

To open the second half, the Ricebirds with the ball on the 50-yard line, came out and pounded the ball downfield, picking up two first downs. A couple of mistakes and penalties had El Campo facing a third and 32. Senior Cullen Braden connected with Owens for a 20-yard catch and Kilgore gifted the Ricebirds with another 15-yards and a first down on a penalty of their own. Junior Johntre Davis finished off the drive, five plays later on a one-yard run to pull El Campo within one score.

Kilgore on their next possession had their second turnover of the game. Kilgore running back Trayveon Epps had fumbled once all season, but when trying to pick up a couple of extra yards, El Campo senior Nathan Willis forced the ball free and junior Jacob Lopez recovered the ball.

El Campo quickly picked up a first down to put them in Kilgore’s territory.  The offense picked a penalty and on fourth and long, this time a Bulldog stepped in front of a pass and forced their own turnover grabbing an interception. El Campo’s offense fumbled and threw another interception to close out the game. The defense held Kilgore to two final field goals.

The Ricebirds season finishes with a 9-2 record and 5-0 in district play.