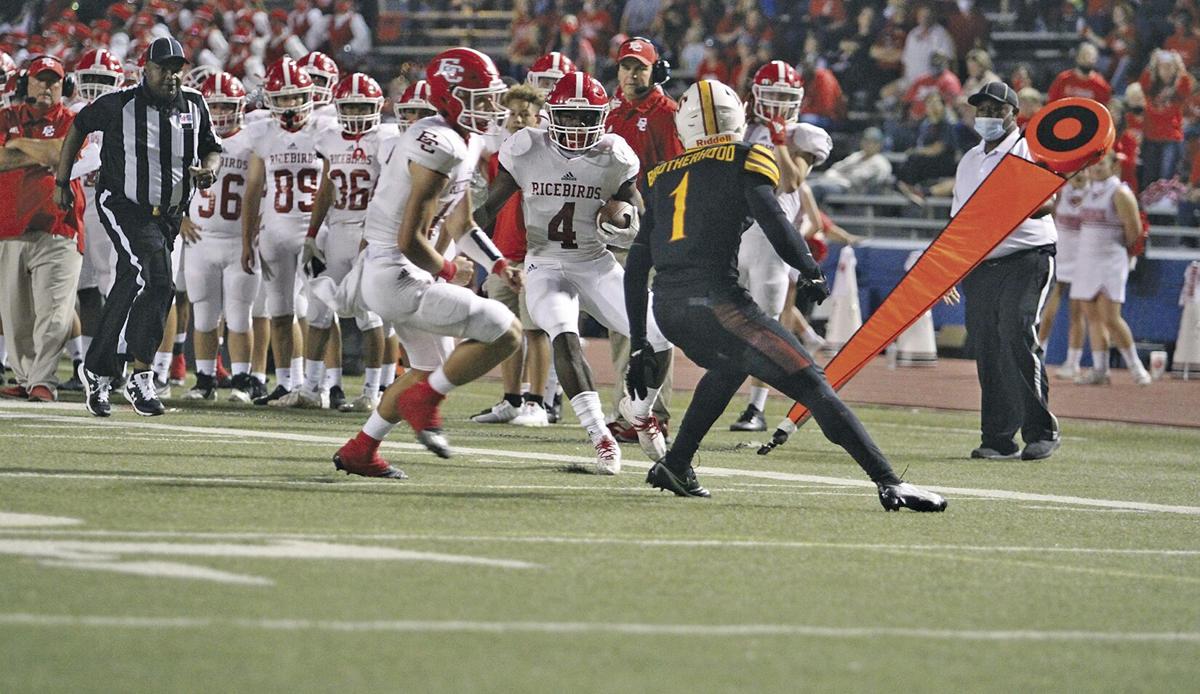 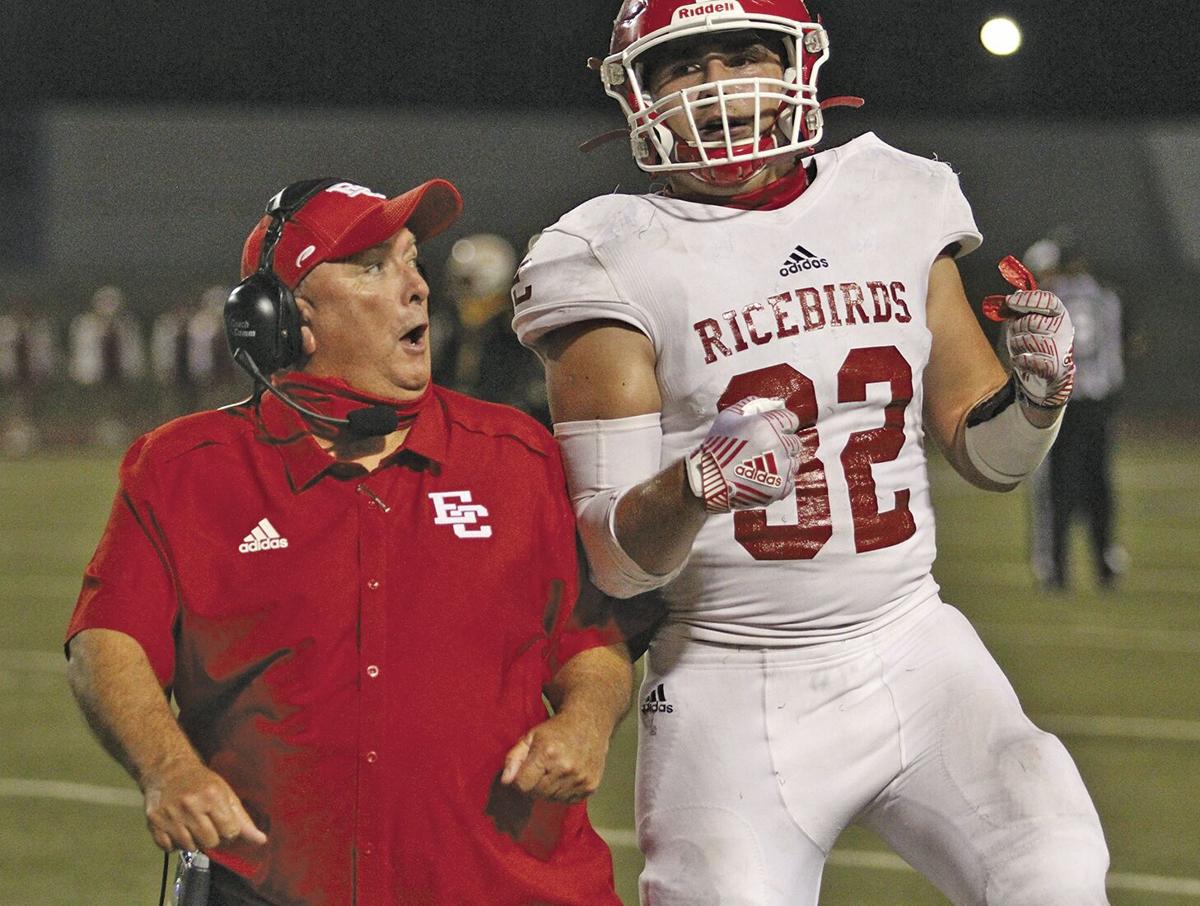 Just about everything called Friday night went in El Campo’s favor as they blew out their bi-district matchup.

The El Campo Ricebirds (9-1, 5-0) offense and defense played a near-perfect game running past the Yates Lions (4-3) 63-6 at Barnett Stadium.

El Campo’s needed 14 offensive plays in the first half to score 49 points.

The Ricebird defense pitched a shutout in the first half. Heavy pressure caused sacks, errant throws and false starts on Yates, as the Ricebirds defense overwhelmed them. In the first half, Yates moved the ball at times picking up seven first downs. However, El Campo’s defense slammed the door on them once a drive started to gain momentum.

The Ricebirds offense quickly added points on the scoreboard. On the opening possession of the game, El Campo got a good return bringing the ball out to the 48-yard line. Four plays later, junior Johntre Davis hit the edge and beat the Yates defense for a 25-yard touchdown.

Needing to answer El Campo’s 14-0 nothing start, Yates hit the Ricebirds with back-to-back runs picking up 15-yards. Junior Jacob Lopez sacked the Yates quarterback putting them in a long-down and distance. Yates made it third and short on a completed swing pass to the outside. Looking to keep the momentum going Yates went for it. Junior Carter Hlavinka denied the first down grabbing a sack, turning the ball back over to the offense.

Two plays later, sophomore Rueben Owens II capped off a 50-yard drive, with a 35-yard run into the end zone with senior quarterback Cullen Braden opening a hole for him down the field.

Yates turned the ball over on their next three drives and El Campo took advantage getting another score from Owens, Davis and a touchdown run from Braden.

Trailing 42-0 with the first half almost over, Yates hurried and tried to get on the scoreboard. The Lions picked up a quick first down. With Yates in pass mode, El Campo brought pressure. The Lions quarterback escaped the first wave, but as another Ricebird closed on him he flung the ball downfield. Senior Charles Shorter stepped in front of the pass and ran it back 44-yards for the final score of the half.

El Campo’s first-team offense played one series in the second half before giving way to the second team. In the third quarter, sophomore Reed Jung and senior Kyle Balcar added scores on rushing touchdowns.

Yates picked on a touchdown mid-third quarter when trailing 56-0.

The Rciebirds in the area round will get the Killgore Bulldogs (8-3, 5-1). The Bulldogs Friday night beat Splendora 42-0.